What Is a Contract and What Can You Do If an Individual or Business Breaches Your Contract? 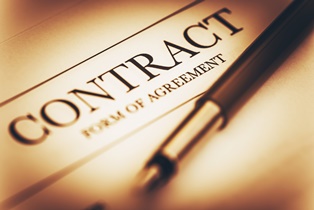 In an ideal world, the parties to a contract would perform their duties, pay what is owed, and would feel that they benefited from the agreement. Unfortunately, in the real-world life of both consumers and businesses, this does not always happen. People and businesses can experience financial difficulties, disputes can arise as to the obligations of the parties, and other problems can occur that result in the terms of the contract not being performed. Fortunately, you do have remedies under Virginia law if the individual or business with which you entered into a contract fails to uphold its end of the bargain.

What Is a Contract?

A contract is a legally binding agreement between parties that includes an offer, an acceptance of the offer, and consideration—the exchange of money, property, services, or some other promise to do or refrain from doing something. Generally, a contract will contain these terms:

Can You Enforce an Oral Contract in Virginia?

Many contracts are written agreements, such as complicated business contracts, leases, purchase agreements for real estate and vehicles, and home improvement contracts. Sometimes individuals or even businesses agree to enter into a contract orally. These agreements are generally enforceable in Virginia as long as they contain the basic terms of a contract: offer, acceptance, and consideration.

What Must You Prove in a Breach of Contract Action?

Although breach of contract claims are very common, they can also be very complicated with many factual and legal disputes, especially when a business contract is involved. Hiring an experienced breach of contract attorney as soon as possible is important. He can notify the breaching party of the terms of the contract that he is violating, attempt to negotiate a settlement of the breach if possible, and file a lawsuit for you if this becomes necessary. Call our office or start an online chat today to schedule a free consultation to learn how our breach of contract legal team can help you with your consumer or business breach of contract claim.