A Virginia driver’s license is a privilege – not a right – that many Virginians rely on every day to get to and from work, pick up kids, make visits to a doctor, and much more.  Because driving is a privilege, an individual can lose their license for a number of reasons.

Some of the most common reasons for losing a driver’s license include:

In many of these cases, the courts or Virginia’s Department of Motor Vehicles may suspend your license. If you are convicted of driving on suspended driver’s license you may very well receive a jail sentence to serve, substantial fine, and lengthy additional license suspensions.

A driver’s license can be suspended for varying amounts of time, depending on why it was suspended in the first place.

Fortunately, driver’s license suspensions do not cause the permanent loss of driving privileges; rather, it’s merely a suspension of the ability to drive for a period of time.

After the period of suspension passes, the driver’s license will be reinstated upon payment of a fee and satisfaction of any other conditions that may exist.  Individuals with suspended licenses can check the requirements for restoring their license by requesting a “compliance summary” from the DMV – either online or in person – for free.  Additionally, depending on the circumstances of the suspension, it may also be possible to request a restricted driver’s license, which would allow the suspended individual to drive to and from certain, but not all, places.

If your driver’s license has been suspended, do not drive. It is vital to make sure your case is presented fully and accurately to a judge so they may make the proper determination, and if there is a mistake by the DMV, to ensure that it is corrected you drive. 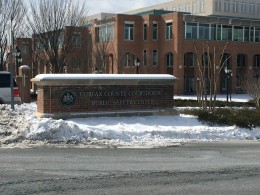 While suspensions carry serious consequences, revocations are even more far reaching.  A driver’s license revocation differs from a suspension in that the revoked license is completely gone.  Anyone seeking restoration of a revoked license will need to:

The most common reasons for driver’s license revocations are:

Under such circumstances, the revoked driver’s license cannot be restored unless the individual files a formal petition with the proper Virginia circuit court.  Furthermore, the individual must undergo evaluations through the Alcohol Safety Action Program and explain to the court during a hearing why their license should be restored, even if they meet the factors set out by the law.

Similarly, a person may have had their driver’s license indefinitely revoked under the Habitual Offender statute.  That statute affected a number of individuals prior to July 1, 1999.  There are special procedures for filing a restoration petition based on this form of revocation, which differs slightly from the revocations for 3rd or greater DWIs and other serious driving offenses.  Fortunately, however, the Habitual Offender statute has been removed and no longer impacts Virginia drivers for offenses occurring after July 1, 1999.

If your driver’s license has been revoked, it is vital to make sure your case is presented fully and accurately to a judge so they may make the proper determination.  If your driver’s license is suspended or revoked, do not drive, as you are then exposed to a jail sentence, large fine, and lengthy additional license suspensions. Call a trusted Fairfax traffic attorney at Greenspun Shapiro PC today. We routinely assist with all traffic and driver’s license revocation matters.