What Are Common Gun Crimes That You May Be Arrested for Committing in Virginia? 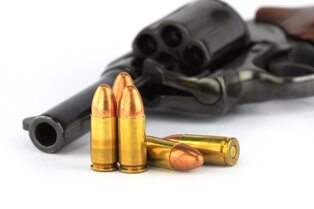 In Virginia, gun crimes are taken very seriously, and there are many different gun crimes that you may be arrested for violating. Most gun offenses are felonies and come with mandatory minimum sentences. If you are convicted of other crimes as well, the penalties can run consecutively with other sentences. Not only could you face stiff penalties, but a conviction may also have long-term consequences—including a permanent criminal record, limitations on your employment, and loss of professional licenses. However, if you retain an experienced criminal defense attorney, you may be able to build a strong defense against the charges that you face.

What Are Common Gun Crimes in Virginia?

Are you facing gun charges? Our experienced criminal defense attorneys are here to explain what may happen in your criminal case and how we can help you to build a strong defense. To learn more, call our office to schedule a free consultation.