I’ve Been Convicted of a Felony: What Does This Mean for My Gun Rights and What Can Be Done About It? 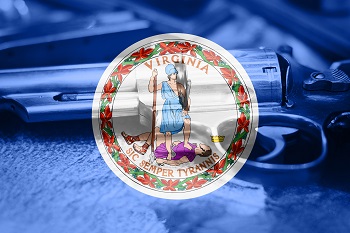 Virginia Code § 18.2-308.2 sets out the laws regarding firearm possession, use, and handling for convicted felons in Virginia.

Despite having lax gun laws, Virginia imposes stiff punishments on individuals who lose their right to possess, use, or handle firearms.

Violating Virginia Code § 18.2-308.2 is a class 6 felony. If a person’s last felony conviction was within the last 10 years, they will receive a mandatory minimum prison sentence of two years for violating gun laws for convicted felons. If someone violates this section and was previously convicted of a violent felony (set out in Code § 17.1-805), then the mandatory prison sentence increases to five years in prison.

Additionally, a person convicted of a felony may:

You may be able to get your gun rights back after losing them due to a Virginia or other state-level conviction. However, the information below does not apply to people who have been convicted of federal felonies.

To get unrestricted firearm privileges reinstated after being convicted of a felony, you must go through several steps:

Protect Your Gun Rights After a Felony Conviction

If you have been disqualified from gun ownership due to a felony conviction and wish to have those rights restored, contact our Fairfax gun rights lawyers today to see what can be done in your case.