Seeking An Expungement In Fairfax County?
Our Attorneys Can Help

You were charged with a crime and you lived with the stress, uncertainty, and fear that comes with criminal charges. Now that your case has ended without a conviction, you want to put the whole matter behind you. You don’t want future employers, landlords, or nosy neighbors to find out about it and judge you unfairly. Your reputation matters and Virginia law allows you to protect it with an expungement in some circumstances.

Expungement is the legal process of removing all records concerning an arrest and criminal charges from public access after the charges against you are dismissed. 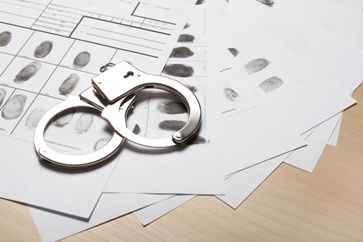 The court does not destroy the records, but the public can no longer access them without a court order.

However, expungement does not happen automatically. Instead, you must petition the court and have your request for expungement granted. If your expungement efforts are successful, then all records held by the Virginia Criminal Information Network, National Crime Information Center, and other agencies holding records of your charges or arrest will be removed from public access.

Once your expungement is approved:

If anyone obtains expunged information without a court order, they can be prosecuted for a class 1 misdemeanor.

Adults and juveniles (Virginia residents under the age of 18) both have the right to pursue an expungement, but the law and procedures governing adult and juvenile expungement differ.

The Virginia Supreme Court has drawn a very clear line concerning which adults are eligible for expungement. Anyone who has been convicted of an offense, had a finding of facts sufficient to convict, or has entered a plea of guilty (even if deferred to be dismissed later), nolo contendere, or submitted an Alford plea may not seek an expungement. Anyone who has been acquitted, has had a charge nolle prossed, or has not entered a plea of any sort and has the charge dismissed after fulfilling conditions may seek expungement.

Expungement of Misdemeanor With No Prior Offenses

Petitioners who have no prior convictions and who were charged with misdemeanors may seek expungements. In these cases, the Commonwealth’s attorney must prove “good cause” for why the expungement should not be granted. The Commonwealth has the burden of proof and it typically does not oppose the request for expungement in these types of situations.

Expungement of Felony Charge or Misdemeanor with Prior Offense

A petitioner with a previous criminal conviction or a petitioner seeking to remove a felony charge regardless of their existing record may have a more challenging time getting an expungement.

In these types of cases, the petitioner has the burden of proof. You must prove that there would be “manifest injustice” if the court and other agencies keeping the record allowed the record to be publicly accessible. However, what constitutes a manifest injustice is ambiguous and is left to the trial court judge’s discretion.

A trial court judge may find that there would be manifest injustice if you would face negative consequences with the charges on your record. These consequences may include:

Unlike an adult, a juvenile may have their record automatically expunged even after being found delinquent (guilty). However, it is important to note that there are several exceptions to this general rule:

If none of the exceptions apply and the charge sought to be expunged is a misdemeanor, the clerk of the court where the charge was resolved is required by law to expunge those records.

Assuming the offense is eligible for automatic expungement, the process will not take place until both of the following events occur:

Now Is the Time to Contact a Virginia Expungement Lawyer

An expungement can provide you with the benefits of a clean (or cleaner) record.

Our firm regularly handles both simple and complex expungement matters and is available to guide you through the process from start to finish. You can arrange a meeting with one of our Fairfax criminal defense attorneys by calling (703) 352-0100​ or using the contact form. From our law office in Fairfax, we provide legal services to clients throughout Northern Virginia, DC, and Maryland.