When may I be eligible for an expungement in Virginia? 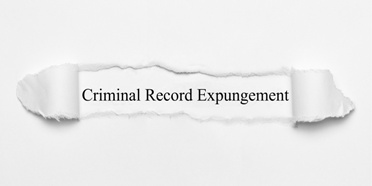 An expungement can benefit you in many ways. An expungement will make your arrest record inaccessible to the public. That means that if your record is expunged, then potential employers, landlords, and others will not be able to find evidence of your prior arrest, and you will not be required to disclose your arrest or charge to potential employers or others in Virginia.

According to Virginia Code § 19.2-392.2, you may be eligible for an expungement if you have been charged with a crime and one of the following statements is true:

You may not get an expungement if you pled nolo contendre (or no contest) to the charges against you, were convicted, or entered a guilty or no contest plea agreement. In addition, if your charge was dismissed pursuant to a first-offender program, such as the first-offender drug deferral program under Virginia Code § 18.2-251 or the first offense program for domestic assault under §18.2-57.3, then you may not seek an expungement.

Your prior record and the severity of the charges against you will be important when the Court is deciding whether or not to grant your expungement. A different standard is applied for people with no other prior criminal record who are arrested for misdemeanors. Specifically:

In either circumstance, you must request an expungement from the Circuit Court of the judicial district in which your original case was heard.

How to Get an Expungement

To get an expungement, you must file a petition and obtain a certified copy of your arrest warrant or indictment. Both documents should be filed in the Circuit Court where the charges against you were resolved. Then:

An expungement can improve your future by removing a significant barrier to entry for jobs, schools, and other opportunities.

Don’t try to do this alone. You have too much at stake. Instead, consult an experienced Fairfax expungement attorney to make sure you have grounds for an expungement and that you take all of the required steps to get the relief you seek. Contact our Fairfax criminal law attorneys today to learn more.