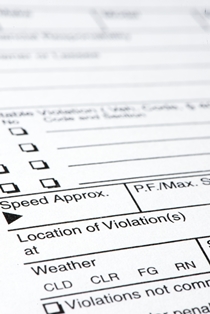 You may not think that getting a speeding ticket in Virginia is a big deal. However, it can carry serious penalties.

Once you have a negative mark on your driving record, you will have it for years, and this can affect other aspects of your life. For example, you may pay significantly more for auto insurance.

Fortunately, hiring an experienced traffic law attorney can help you get the ticket dismissed or reduced to a less serious traffic infraction.

In Virginia, speeding tickets are pre-payable offenses, which means that a person does not have to appear in court if they pay the ticket in advance of the court date. Many people do not realize that they are admitting guilt for the traffic offense by paying the ticket. The consequence is that the person will have a conviction on their driving record for five or more years.

Accordingly, it’s important to understand the penalties before you admit guilt and to speak with an experienced Fairfax traffic law attorney before taking any action.

What Are the Penalties for Speeding in Virginia?

Speeding tickets are punishable by fines through the court system and a demerit point system governed by the Department of Motor Vehicles (DMV). The number of demerit points on your driving record depends on how fast you were driving. You could be assessed the following demerit points:

The demerit points can be removed from your record after two years, but the actual conviction stays on your record for 5 to 11 years, depending on how much you were exceeding the speed limit.

Additionally, you may owe fines and court costs. The fines are doubled if you were speeding in a safety corridor.

Can Your Driver’s License Be Suspended for a Speeding Ticket Conviction?

Your driver’s license can be suspended if you receive too many demerit points over a short period of time. This could happen if you accumulate these demerit points:

In addition, you will be required to take a driver improvement class before your driver’s license will be reinstated. You could also be placed on probation for six months and then placed in a control period for an additional 18 months.

Can You Take Steps to Reduce the Demerit Points on Your Driving Record?

You may be able to reduce the demerit points on your driving record after your conviction. A positive or safe point will be added to your driving record for every year of good driving. In addition, if you voluntarily complete a driver improvement class, you can regain five positive points on your record. However, you can only receive a credit for taking this class once every two years.

Every case is unique, and your traffic law attorney will talk to you about the possible defenses that may apply in your situation. Some of the possibilities may include:

These defenses may allow you to reduce or dismiss the speeding charges against you.

You don’t have to accept the consequences of a speeding ticket without exploring your options for fighting the ticket.

The experienced Virginia traffic law attorneys at Greenspun Shapiro PC understand the serious ramifications of a speeding ticket conviction on your driver’s record. We can help ensure that your legal rights are protected, raise any defenses you may have to the ticket, and fight to have the ticket dismissed or reduced to a less serious outcome with fewer demerit points. Contact us today to learn more.