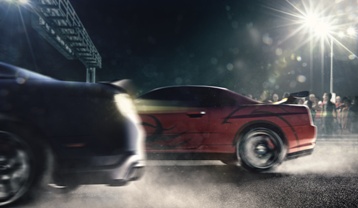 If you are convicted, you can face severe penalties that include a jail or prison sentence and fines. In addition, you would have a permanent criminal record that can have long-term consequences in your life. The skilled attorneys at Greenspun Shapiro PC can help you build a strong defense strategy that may result in the charges being dismissed or reduced to a less serious offense.

The crime of drag racing is defined in Virginia Code § 46.2-865. In many cases, drag racing is charged as a Class 1 misdemeanor. Under this law, it is a crime for a person to engage in a race between two or more motor vehicles on the highways of Virginia, a driveway, or a church, school, recreational facility, or business property open to the public unless the race is authorized by the owner or his agent.

A highway is not just an interstate highway with exit and entrance ramps under Virginia’s reckless driving laws. Under Virginia Code § 46.2-100, it includes:

When Is Drag Racing Charged as a Felony?

A person can be charged with a Class 6 felony if someone not involved in the race is seriously injured as a result of the drag racing. In addition to the much harsher penalties a person may face for a felony conviction, he may also have his vehicle confiscated by the Commonwealth of Virginia and sold.

If the drag racing results in the death of a person not involved in the race, the accused may face a felony punishable by up to 20 years in prison, in addition to other penalties.

What Is the Offense of Aiding and Abetting a Drag Race?

In Virginia, it is a crime to aid and abet in a drag race under Virginia Code § 46.2-866. This is true even if a person does not participate in the race. It is considered aiding and abetting to do the following:

Like drag racing, aiding and abetting a drag race is a Class 1 misdemeanor.

If you are convicted of drag racing or aiding and abetting a drag race as a Class 1 misdemeanor, you may be sentenced to up to 12 months in jail and fined up to $2,500. In addition, a conviction for drag racing requires that your driver’s license be suspended for at least 6 months, and up to two years. You would also have six demerit points added to your driving record for 11 years. Your vehicle insurance rates would most likely increase significantly as a result.

The consequences will be much more severe if the conviction is for felony drag racing. If another person suffered an injury, the penalty may be a prison sentence of one to five years. However, the judge or jury has the discretion to reduce the punishment to a jail sentence of up to twelve months and/or a fine of $2,500.

If a person was killed due to the drag racing, you may be sentenced to a prison sentence of one to 20 years, and there is a mandatory minimum sentence of one year for this offense. Your driver’s license would also be suspended for one to three years.

Have you been charged with drag racing or another traffic offense? Our experienced traffic law lawyers are here to aggressively fight the charges you face. We represent clients in Fairfax, Northern Virginia, Maryland, and Washington, DC. To learn more about how we have helped other clients facing similar charges and how we can assist you, start a live chat to schedule a free consultation today.