Get Caught Driving on a Suspended License? You Face Serious Charges 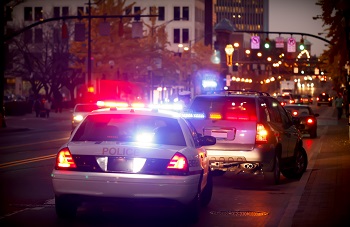 When your driver’s license is suspended in Virginia, your privilege to drive a motor vehicle is suspended for a certain period of time. During this time period, you are prohibited from driving. This means that you cannot drive to work, to go the doctor, to do errands, or to take your children to school or their other activities.

If you drive anyway and are caught, you could be charged with driving on a suspended license. This is a misdemeanor offense in Virginia, and you could face serious penalties and a permanent criminal record if convicted—as well as a further prohibition on your right to drive. However, you may be able to fight the charges with the help of an experienced traffic law attorney.

When Can Your Driver’s License Be Suspended in Virginia?

Your driver’s license can be suspended for many reasons—sometimes for a relatively minor offense like forgetting to pay a small fine. When your license is suspended, you are prohibited from driving a motor vehicle, motorcycle, and any self-propelled machine operated on a road or highway. However, a moped is not included under the law as long as you are driving less than 35 miles per hour.

The Commonwealth of Virginia takes a driver’s obligations under traffic laws seriously and will suspend a person’s license if certain duties are not fulfilled. Some of the causes of driver’s license suspensions in Virginia include:

What Are the Penalties for Driving on a Suspended License?

Driving on a suspended license is a Class 1 misdemeanor—the most serious class of misdemeanor offenses. The penalties that you could face for a first or second offense include:

A third conviction within 10 years comes with similar penalties as a first and second offense, but you would have a minimum 10-day jail sentence.

Possible Defenses for Driving on a Suspended License

In order to be convicted of driving on a suspended license, the prosecutor must prove that your driver’s license was suspended, you had notice of the suspension, and you were driving on a suspended license. Even if you know you were driving when your license was suspended, this does not mean that you do not have other defenses. Common defenses to this charge include:

The experienced traffic law attorneys at Greenspun Shapiro PC understand the serious ramifications on your life after being convicted of driving on a suspended license and having a permanent criminal record. We have 80 years of combined experience handling a variety of criminal matters for our clients and are dedicated to thoroughly representing you to achieve the best possible outcome. We can help you fight the charges you face and assist you in getting a restricted license or your license reinstated when possible. Call our office today at 703-352-0100 to schedule your free, no-obligation consultation.