Traffic Infractions: Is Yours an Infraction, Misdemeanor, or Felony? 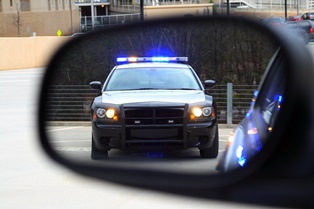 If you have received a ticket or been arrested for a traffic offense, you want to do everything you can to achieve the best possible outcome. This can ensure that you will be able to keep your driving privileges down the road and avoid having a permanent criminal record. Hiring an experienced traffic law attorney is an essential first step if this is your goal.

What Are Traffic Infractions in Virginia?

The demerit points will stay on your driving record for two years, while the conviction for the traffic offense can remain on your record for three to eleven years, depending on the offense. In addition, your driver’s license could get suspended if you pay your fines late or accumulate too many demerit points over a short period of time. Common traffic infractions include:

Some traffic violations are considered misdemeanors in Virginia. If you are convicted, you face more serious penalties, will have a permanent criminal record, and be assessed demerit points on your driver’s record. Some common traffic violations that fall into this category include:

When Your Traffic Offense Could Become a Felony

Felonies are the most serious offenses in Virginia. The penalties are more severe, and you would serve any sentence in a state correctional facility rather than a jail. Two common examples of traffic offenses that are charged as felonies are third offense DUIs and hit and run accidents where the victim is seriously injured or killed. A third offense DUI can carry a mandatory prison sentence of three to six months, a fine of $1,000, and a three-year license suspension. A hit and run felony conviction can result in a prison sentence of up to 10 years, a $2,500 fine, and suspension of your driver’s license for up to one year.

No matter whether you are charged with a traffic infraction, misdemeanor, or felony, you need an experienced traffic law attorney to help you build your defense so that the ticket or charges can be dismissed or reduced to a less serious offense. Start an online chat today to schedule a free consultation with our traffic law legal team.