Misdemeanor Classifications and Penalties in Virginia 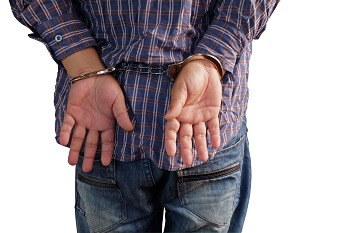 A misdemeanor is a criminal charge, and a conviction can affect your life forever.

If you were charged with a misdemeanor crime, you should take the charges seriously. You can protect your future by talking with an experienced Virginia criminal defense lawyer before pleading guilty or accepting a plea offered by the prosecutor.

What Is a Misdemeanor?

Class 1 misdemeanors are punishable by up to one year in jail, a fine not exceeding $2,500, or both of these punishments. In addition, some offenses, such as DUI, could involve loss of driving privileges and other penalties.

Class 2 misdemeanors are less serious than Class 1 crimes. Some of the crimes that fall within this classification are:

The possible sentences for Class 2 misdemeanors include up to six months in jail and a fine of up to $1,000.

Class 3 and 4 misdemeanors are less serious offenses, and the penalties do not include jail time.

The potential sentence for a Class 3 misdemeanor conviction includes a fine of up to $500.

The penalty for a Class 4 misdemeanor conviction includes a potential fine of up to $250.

Why You Need to Hire an Experienced Criminal Defense Attorney

You do not want to try to represent yourself if you are charged with a misdemeanor offense.

Even if you believe you are guilty, you could have defenses to the charges brought against you, which may include:

An experienced criminal defense attorney may help you by:

The experienced criminal defense attorneys at Greenspun Shapiro PC understand how significantly a misdemeanor conviction may impact you and your family. We have a track record of success in aggressively defending our clients to obtain the best possible outcome for them—whether their case is a traffic violation, misdemeanor, or felony. Call our Fairfax law firm at (703) 352-0100​ to schedule your free consultation to learn how we can help you.