Does Virginia have an open container law? 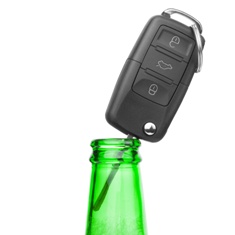 Unlike many other states, Virginia does not have a law that expressly prohibits passengers in a vehicle from having an open container of alcohol. However, if an open container is found in your vehicle and you are driving, you may face severe consequences under Virginia's open container law.

Virginia's open container law applies to the driver of the vehicle and not the passengers. Under Virginia Code § 18.2-323.1, it is illegal to consume alcohol while driving a motor vehicle. There is a rebuttable presumption that the driver was consuming alcohol if an open container was in their automobile. An open container is defined as one without the original factory seal. The presumption arises if these three conditions are met:

The passenger area of the vehicle is broadly defined to include the:

However, it does not include a motor vehicle’s trunk or the area behind the last upright seat in a van, station wagon, or SUV.

What About Cocktails to Go?

Virginia restaurants were closed to indoor diners during the early months of the Covid-19 pandemic. Even when restrictions lifted and in-person dining was allowed again, many people remained hesitant to go back to restaurants.

In an effort to support the struggling restaurant industry, the Virginia Alcoholic Beverage Control Authority proposed legislation that was passed by the Virginia General Assembly. The new law allowed restaurants to sell mixed alcoholic beverages or "cocktails to go" with take-out meals.

Currently, the cocktails to go law remains in effect until July 1, 2022. However, the Virginia Alcoholic Beverage Control Authority is conducting a public safety study at the request of the Virginia General Assembly. More than 40 stakeholders are participating in the study, and the study's results may encourage lawmakers to extend the law for another set period of time or indefinitely.

Cocktails to go do not have original factory seals and are technically open containers. However, remember that in order for the Commonwealth to argue that you violated the open containers law successfully, prosecutors must also prove that at least some of the alcohol in the container has been removed and that your speech, other physical characteristics, appearance, conduct, or odor of alcohol can be reasonably associated with the consumption of alcohol. If prosecutors can't prove these elements of the crime, you should not be convicted.

Violation of the open container law is a Class 4 misdemeanor offense. You may face a $250 fine if convicted, but you will not be sentenced to jail. In addition, you may also face a separate DUI charge if there is evidence of driving under the influence of alcohol or drugs or while intoxicated.

Even though the fine upon conviction is relatively small, it would be a mistake to just plead guilty if charged with this offense. Doing so would result in a permanent criminal record that may affect many areas of your life, such as your career, immigration status, security clearance, and ability to obtain a loan. You need the assistance of an experienced DUI attorney in Fairfax to build a strong defense so that the charges are dismissed or reduced to a less serious offense. To learn how our skilled lawyers can help, call our office or start an online chat to schedule a free consultation.