How to Handle a DUI Checkpoint in Fairfax 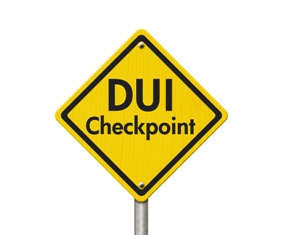 Driving under the influence (DUI) laws are aggressively enforced in Fairfax and all of Virginia. One way that police officers enforce laws against driving while intoxicated is through the use of sobriety checkpoints. Whenever you are on the roads, you may be subject to a sobriety checkpoint and may be arrested for DUI if you have been drinking. A criminal conviction can have far-reaching consequences on your life long after your criminal case is over. However, with the help of an experienced criminal defense attorney, you may be able to raise defenses to DUI charges that will result in the charges being dismissed or reduced to a less serious offense.

What Are the Rules for DUI Checkpoints in Virginia?

In Virginia, it is illegal to drive with a blood alcohol content (BAC) of .08 percent or higher. In an effort to catch drunk drivers and enforce DUI laws, police officers may employ the use of sobriety checkpoints, which are roadblocks that allow the police to stop drivers for signs of intoxication and impairment. DUI checkpoints are legal in Virginia.

However, police officers must follow detailed rules governing DUI checkpoints that are designed to protect your constitutional rights. If the police violate these complex procedural requirements and you are arrested for DUI, the charges against you may be dismissed. Some of the rules that the police must follow include:

If you are arrested for DUI following a sobriety checkpoint stop, your first step should be to retain an experienced Fairfax DUI attorney to build a strong defense to the charges that you face. Even if you know that you were driving after drinking, you may have defenses that can result in the charges against you being dismissed. Call our office to schedule a free consultation to learn how our legal team will aggressively fight for the best possible outcome for your situation.