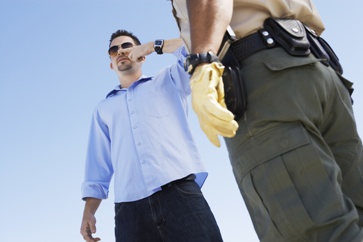 Driving under the influence (DUI) is a serious misdemeanor crime in Virginia. If convicted, you face harsh penalties and a permanent criminal record. However, you may have strong defenses that can result in the charges being dismissed or reduced to a less serious offense. One powerful defense that you may be able to raise is a challenge to the field sobriety tests administered before your arrest.

What Is a Field Sobriety Test?

Field sobriety tests are used by the police when they pull a driver over to determine if he might be impaired due to alcohol or drug use. It is a major factor that police officers establish probable cause to arrest someone for DUI. Field sobriety tests are voluntary in Virginia. One of your rights if you are stopped for DUI is to refuse to do them.

There are three types of standardized field sobriety tests that are approved by the National Highway Traffic Safety Administration (NHTSA) and are used by law enforcement in Virginia and throughout the country. These tests are:

Field sobriety test results may be impacted by the subjective observations of the officer. In addition, they are supposed to be administered in ideal conditions under NHTSA recommendations. However, the situation is often not ideal when a person is stopped for DUI.

There are several ways to challenge field sobriety results. The ones that may help you will depend on the facts in your case. Here are four defenses that you may be able to raise.

Field sobriety tests are not always reliable, in part because the findings of the tests are based on the officer’s subjective perceptions. Some studies have established that these tests are not an accurate way to determine intoxication. If you plan to raise this defense, you may need to hire an expert witness to prove it.

Administration of the Test

The NHTSA has extensive requirements on how field sobriety tests are to be conducted. Officers must go through training, which is often a three-day course, before they can administer the test.

If the police officer was not properly trained, or does not follow the rules on how to conduct these tests, the test result may not be correct. Errors in administering the tests include giving improper instructions and skipping a step in the test.

The results of field sobriety tests can be affected by the location of the test. Under NHTSA guidelines, the walk and turn test should be conducted on a dry, flat surface that is not slippery. If it is done on the side of the road—which is common—the surface may not be level and filled with loose dirt or gravel. Other problems with testing conditions include:

Factors other than alcohol consumption can result in a person failing a field sobriety test. Medical conditions, medications, and psychological conditions can lead to an inaccurate result. For example, an older individual with back, knee, or other disabilities, or a person with a condition that affects his balance may not be able to perform the tests correctly.

Have you or a family member been charged with DUI? Our experienced DUI attorneys can help you challenge the field sobriety result and raise other defenses to the charges you face. We handle these cases for clients in Fairfax, Northern Virginia, Washington, D.C., and Maryland. To learn more about how we can help you achieve the best outcome in your case, call our office to schedule a free consultation today.