Driving Under the Influence of Drugs in Virginia 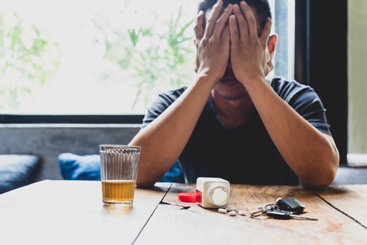 While the statute mentions cocaine, methamphetamine, PCP, and MDMA specifically, other illegal drugs, prescription drugs, and over-the-counter medications can also result in a DUI conviction. These drugs include but are not limited to marijuana, opiates, amphetamines, sleep medications, and medicines that list drowsiness and dizziness as side effects.

The Government Needs Evidence for a Drugged Driving Conviction

Commonwealth prosecutors need clear and convincing evidence to prove that you were operating a motor vehicle under the influence of drugs in violation of state law. Unlike alcohol, there is no breathalyzer test for drugs. Instead, the government may rely on:

Much of this evidence is subjective, and a skilled Fairfax DUI defense lawyer will make sure that all evidence is thoroughly analyzed and that any concerns about the validity of evidence are raised with the court. Ultimately, the state must prove its case against you beyond a reasonable doubt before you can be convicted.

Unless an exception applies, a violation of Virginia’s DUI law is a Class 1 misdemeanor. According to Virginia Code §18.270:

If a person 17 years old or younger was in the car while you were driving under the influence, then you face additional legal consequences.

Protect Your Rights Before a Drugged Driving Conviction

You don’t want to serve jail time, pay a fine, or deal with any other consequences of a criminal conviction if you didn’t commit the crime. Contact our Fairfax drugged driving defense lawyers today to make sure that your rights are protected. We welcome your call, online chat, or completed contact form at any time.