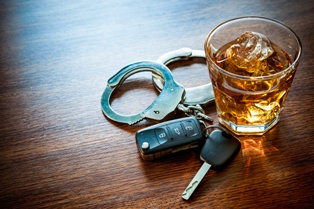 Driving under the Influence is a serious criminal offense in Virginia that is aggressively prosecuted. If convicted, you face many harsh long-term costs and consequences in addition to the terms of your sentence.

A second DUI is also a Class 1 misdemeanor. However, the penalties are more severe and include:

Third and Fourth DUIs Are Felonies in Virginia

If you are arrested for a third or fourth DUI, you will be charged with a Class 6 felony. You may face these punishments if your third DUI conviction is within 10 years of your second conviction:

When You May Face Enhanced Penalties for a DUI Conviction

In some circumstances, your punishment after being convicted of a DUI can be even more severe. Here are a few situations where this may occur:

Other Costs You May Pay If Convicted of DUI in Virginia

There are many costs that you may incur if you are arrested for DUI in addition to the fines that you may be ordered to pay. Some of these costs will continue long after you complete your sentence. These include:

In addition, a DUI conviction can affect your employment prospects, your ability to find housing, your security clearance, and much more.

Contact Us If You’ve Been Arrested for DUI in Virginia

If you have been charged with DUI in Virginia, you cannot afford to handle the criminal charges on your own given the long-term impact a conviction can have on your life. Our Fairfax DUI attorneys have decades of experience aggressively fighting for the rights of clients facing these charges in Fairfax and Northern Virginia. To learn how we can assist you, start a live chat to schedule your free consultation today.