When Is DUI Charged as a Felony in Fairfax? 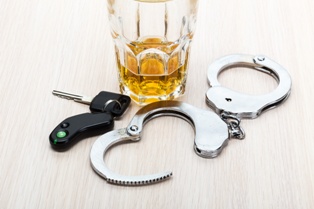 The Commonwealth of Virginia aggressively prosecutes individuals charged with DUI. While any first or second DUI offense is a misdemeanor, it can become a felony after the second conviction in certain situations. If convicted of either a misdemeanor or felony, you face serious penalties that include a jail or prison sentence, fines, driver’s license suspension, and a permanent criminal record. Because of these long-term consequences, it is essential to retain an experienced DUI attorney who can build a strong defense to the charges you face.

What Are the Penalties for DUI as a Misdemeanor?

In most cases, a person will be charged with DUI as a Class 1 misdemeanor if this is his first or second DUI and there are no other aggravating circumstances (e.g. no accident or injury, no child in the vehicle, no prior felony DUI convictions). Under Virginia Code § 18.2-266, a person can be charged with DUI for driving with a blood alcohol content (BAC) of 0.08 percent or higher or if the police observe him driving while appearing to be intoxicated due to alcohol or drug consumption. Here are the possible misdemeanor punishments:

When DUI Is Charged as a Felony

If you are convicted of DUI for a third time within a 10-year period, you will be guilty of a Class 6 felony. Additionally, if you have been found guilty of felony DUI at any prior time, felony boating while intoxicated at any prior time, or a number of other DUI-related felony offenses, then you can be charged with felony DUI. While this is the lowest level felony, it still comes with harsh penalties. These can include:

The penalties are even more severe for a fourth or subsequent DUI conviction within a 10-year period. The minimum prison sentence increases to a minimum of one year while the maximum remains at five years. The fines that are assessed are the same as those for a third conviction.

What Other Felony Charges Can You Face for DUI?

There are other felony crimes that you may be charged with committing if you were intoxicated and caused an accident victim to suffer serious injuries or death. You may be charged with DUI maiming if you are intoxicated and unintentionally cause someone to suffer serious bodily injury that results in a permanent or significant physical impairment. This is a Class 6 felony, and if convicted, you may be sentenced to prison for one to five years, and fined up to $2,500.

The experienced Fairfax DUI attorneys at Greenspun Shapiro PC understand the long-term ramifications of both a misdemeanor and felony DUI conviction and will work hard to mount a strong defense to the charges you face so that you receive the best possible outcome. Learn what you can expect in your criminal proceedings and get your questions answered. Schedule your free consultation by filling out our online form or calling our Fairfax office today.