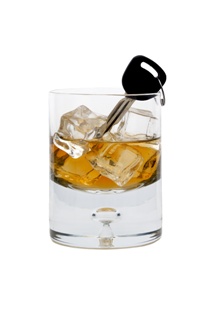 If you are stopped by the police when driving after consuming alcohol or drugs, you may be charged with driving under the influence (DUI). This is a serious offense that can result in serious consequences, such as a jail sentence, fines, loss of your driver's license, and a permanent criminal record. DUI charges can haunt your life long after you complete your sentence, but an experienced Fairfax DUI attorney may be able to help you get the charges dismissed or reduced to a lesser offense—or negotiate a favorable outcome on your behalf. An experienced attorney may also be able to identify legal problems with the prosecution's case and leverage those weaknesses to obtain a better result for you.

The Difference Between DUI and DWI in Virginia

DUI and driving while intoxicated (DWI) are often used interchangeably when discussing drunk driving charges in Virginia, but in reality, they are one and the same. Under Virginia Code § 18.2-266, you can be charged with DUI if you drive with a blood alcohol content level (BAC) of 0.08 percent or higher. You can be charged with this whether or not you appear intoxicated. Under this law, you can also be charged with DUI if you drive and a police officer observes that you are under the influence of alcohol or drugs.

There are two exceptions for the 0.08 percent BAC requirement to be charged with DUI. These include the following:

Penalties for a First DUI Offense

A conviction for a first offense DUI can carry serious consequences, which is why you do not want to treat the charges lightly. Possible penalties include:

If you are convicted of a second offense DUI, you will also be convicted of a Class 1 Misdemeanor. However, the consequences are more severe. You may face the following:

If you are charged with a third or fourth DUI offense, you are being charged with a Class 6 felony, and the sentence you face is much more severe. Penalties for a third offense within 10 years include:

Call Our Office to Schedule Your Appointment Today

If you were charged with DUI, you do not want to face the charges without an experienced criminal defense attorney at your side. Even if you know that you are guilty of driving after consuming alcohol, you may have defenses to the charges. We will aggressively fight to have the charges against you dismissed or reduced to a lesser charge. To learn about how we can help, call our office today to schedule your free, no-obligation consultation.