What are Your Rights If You’re Pulled Over After Drinking?

If you’re being pulled over and you’ve been drinking, you need to know what your rights are.  If you don’t know your rights, you may unwittingly harm yourself more than you realize. Read on to find out what you can and cannot do when interacting with the police after being pulled over.

How to Respond When You're Pulled Over 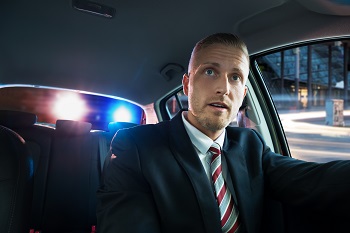 First, after you’re pulled over, the officer will approach your car, ask you to roll down your window, and request to see your license.  Virginia law requires all individuals, whether they are driving or not, to accurately identify themselves to police. Failure to do so is a crime under Code § 19.2-82.1 (Giving false identity to law-enforcement officer).  While this law does not require you to hand over your driver’s license, failure to do that may lead to a charge of driving without a license, which can be a class 1 or 2 misdemeanor (Code § 46.2-300).  So, it’s best to be honest and upfront about your identity and give the police your driver’s license after being pulled over.

During this first portion of the encounter, an officer may ask you seemingly innocent sounding questions.  Officers who suspect someone of drinking and driving will ask where that person is coming from, who they were with, what they were doing, where they are headed to now, and any other questions they feel appropriate.  You are NOT obligated to answer a single question posed by the officer. You may respond by telling the officer that you do not wish to talk about anything and that you wish to remain silent. That is your right under the United States Constitution.  However, do not lie to the officer, because then you could expose yourself to an Obstruction of Justice charge (Code § 18.2-460) and the Constitution does not give you the right to lie when you are faced with an arrest.

If police suspect that you have been drinking, either while driving or beforehand, they may next ask you to step out of the vehicle.  Police are permitted to ask you to step out of your vehicle, and if you fail to comply, they can force you out. So again, best practice here is to exit the vehicle.  But, before doing so, you can also ask whether you are being told to get out or asked to get out. If the officer tells you it is a request and not a command, you can respond by saying you do not wish to exit the vehicle.  Once they command you to get out, you should follow their order. Otherwise, you may find yourself being dragged out of your car.

Once out of the vehicle, the officer will either ask you to go somewhere or guide you to a specific place.  Again, if asked to do something, you can respond by saying you do not wish to do that or by clarifying whether you are being asked or told to do it.  If they command you to move to a location, do as they ask.

Once the police determine you are in a safe location, they typically will ask you to do field sobriety tests (FSTs) or question you, if they have not done so already or wish to ask more questions.  If you have told the officer that you do not wish to answer any questions, make sure you tell them that again. As for FSTs, most people believe they are required to do them. That is simply not the case.  You can decline to do FSTs. Additionally, the police cannot command you to do FSTs.

Even if you decline to do FSTs, the police may still ask you to do a preliminary breath test (PBT).  The PBT is a little machine that officers carry with them and measures a person’s blood alcohol content (BAC).  These machines can be inaccurate, and a driver is NOT required to take the PBT. Police also cannot command you to take the PBT, so if you decline to do so, they have no other option at that point but to either arrest you or let you go.

What to Expect If You Are Arrested for DUI

If you are arrested, you will be brought to the police station and subjected to a breathalyzer test at the jail.  You are REQUIRED to take this test.  If you decline to take the test, you will be charged with Refusal, which can be a civil penalty or criminal charge, depending on the circumstances.  Thus, you must take the breathalyzer test when told to do so by the police. Alternatively, if you are unable to take the breathalyzer test, either because you are unconscious or have weak lung capacity, the police can seek a warrant to draw your blood and obtain your BAC that way.  Refusing this test can also lead to a Refusal charge.

What you do during each of the above steps determines the strength of the case the police have against you.  Even if you decline to do all the tests and say nothing, there still may be sufficient evidence to prove your guilt.  Alternatively, even if you do all the tests and make statements, there may be insufficient evidence to prove you’re guilty.

You will need an experienced DUI attorney who knows the procedure for alcohol-related prosecutions to come up with the best strategy for your case, and we can help you do that.  Call us today if you are facing an alcohol-related charge to find out what defenses you may have.