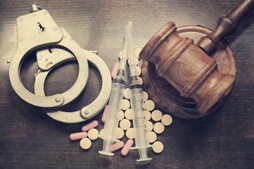 Unfortunately, drug possession laws in Virginia are extremely tough. If you are charged with possession of a controlled substance, you can expect the prosecutor to aggressively prosecute you. You need to fight back by developing a strong defense to avoid the harshest penalties you could face—even if you are charged with a misdemeanor. This is not a time to try to represent yourself. Having an experienced criminal defense attorney on your side is crucial for the outcome of your criminal case, which could have ramifications in your life long after you complete any sentence.

What Is Possession of a Controlled Substance?

While classified as a Class I drug under federal law, marijuana possession falls outside of these six classifications in Virginia. It is considered a misdemeanor with its own penalty structure.

What Penalties Could You Face If You Are Convicted of Drug Possession?

Many drug possession convictions have mandatory minimum sentences, giving the judge little leeway in sentencing you if you are convicted. In addition, your driver’s license could be suspended if you are convicted of one of these crimes. This is why hiring a criminal defense attorney is crucial to getting the charges against you dismissed or reducing the charges—and penalties—as much as possible. Class I and II offenses are the most serious and are felonies. Class II, IV, V, and VI are misdemeanors. You could face the following penalties:

If you have been charged with any drug possession charge, you are facing an aggressive prosecution, possible incarceration in prison, and fines. In addition, you would have a criminal record for the rest of your life which could hamper your ability to obtain a job, a professional license, a loan, and much more. Do not face these charges without the assistance of an experienced Fairfax drug offense attorney who can guide you through the process and vigorously raise all of your defenses.

At Greenspun Shapiro PC, we will immediately begin working on your defense and have extensive experience negotiating with the police and prosecutors to ensure that the charges against you are dropped or are reduced to the least serious charge. Call our Fairfax law firm today at 703-352-0100 to schedule your free consultation to learn how we can help you.