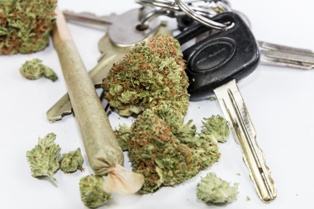 While many people no longer believe that possession and use of marijuana should be a crime, possession of marijuana is still a criminal offense in the Commonwealth of Virginia. If you have been arrested for a marijuana offense in Virginia, you are facing serious penalties that include a jail or prison sentence, large fines, and suspension of your driver’s license. In addition, you will have a permanent criminal record that can have a long-term impact on your life. However, you do have options. With the help of an experienced Fairfax marijuana attorney, you may be able to build a defense to the charges that result in their dismissal or reduction to a lesser offense.

What Are Common Marijuana Drug Offenses in the Commonwealth of Virginia?

Although it is legal to possess recreational marijuana in many states, this is not the case in Virginia. The reality is that possession of a small amount of marijuana, or even marijuana residue, can come with harsh penalties. Here are some common offenses that you may be charged with:

Let Our Fairfax Marijuana Attorneys Help You Pursue All Your Options

Are you facing marijuana drug charges? Even if you are guilty of the crime that you are charged with committing, you may have many defenses that can result in the charges being dismissed or reduced to a lesser offense. You have too much to lose to represent yourself in your criminal proceeding. To learn how our experienced Fairfax drug offense attorneys will aggressively fight the charges that you face, take advantage of our free consultation. Call our office today to schedule your appointment.