Can I give someone marijuana as a gift in Virginia? 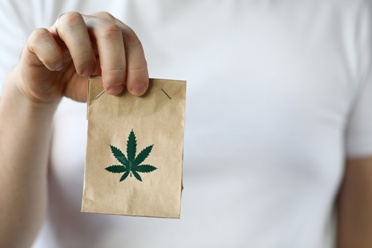 In most cases, you cannot legally give someone marijuana as a gift in Virginia. Virginia Code §18.2-248.1 makes it a crime to give someone else marijuana unless you are authorized to do so by the Drug Control Act.

What Is a Gift?

However, if you gave marijuana to someone else to accommodate that person, and not to profit from it or encourage the person to become addicted to or dependent on marijuana, then the penalties described above do not apply.

Instead of the typical charges for distributing marijuana, you may face:

Additionally, if you manufacture marijuana not for your own use, then you may face felony charges with a potential prison sentence of five to thirty years and a fine of up to $10,000.

You could also face additional jail time and fines if you are convicted of committing a felony pursuant to Virginia Code §18.2-248.1 for a third or subsequent time. Then, the Commonwealth of Virginia may seek a sentence of five years to life in prison and a fine of up to $500,000.

Now Is the Time to Defend Yourself

Even though you were giving a gift, your freedom is at stake if you’ve been charged with a crime. Contact our experienced Fairfax drug defense attorneys today to make sure that your rights are protected. We would be happy to offer you a free initial consultation.