Are You Eligible for Virginia’s Marijuana First Offender Program? 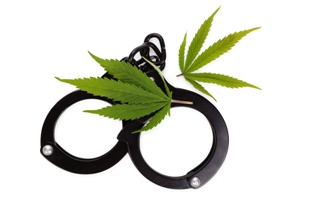 Unlike many other states, Virginia considers the possession of even a small amount of marijuana a serious criminal offense. If convicted, you would be found guilty of a marijuana drug offense and face a harsh sentence and the long-term consequence of a permanent criminal record. Fortunately, an experienced criminal defense attorney may be able to build a strong defense so that the charges are dismissed or reduced to a less serious offense. In addition, he may be able to assist you in taking advantage of Virginia’s First Offender Program if you qualify.

Possession of Marijuana Charges in Virginia

It is illegal under Virginia Code § 18.2-250.1 to “knowingly or intentionally” possess any amount of marijuana in Virginia. The only exception is if a person possesses it under a valid prescription issued by a medical doctor for treatment.

A first offense possession of marijuana is treated as a Class U misdemeanor that carries a possible sentence of 30 days in jail and a $500 fine. In addition, the person’s driver’s license would be suspended for six months.

A second or subsequent possession of marijuana conviction is treated as a Class I misdemeanor offense, which carries up to one year in jail and/or up to a $2,500 fine. Second and subsequent marijuana offenses also require that your license be suspended.

Under Virginia Code § 18.2-251, a person who is being charged with a first-time marijuana possession, or simple possession of another drug (e.g., cocaine, heroin, oxycodone, etc.) charge may have the charges dismissed through the First Offender Program—also referred to as the 251 program. This is a discretionary program; to qualify for the program you must not have any prior drug offense convictions. The 251 program does NOT apply to distribution offenses of any sort.

To gain the benefits of the 251 program, you must also comply with very specific requirements. These include the following:

If you successfully complete the 251 program the charges against you will be dismissed. While your official record will show the charge as "Dismissed," those records will forever be available for review because deferred findings, such as the 251 program, are not considered eligible for expungement. Thus, it is possible for someone to find out that you completed the 251 program if they went to the courthouse to review the records of the case, which are publicly accessible. Beyond that, however, little will be known of the actual proceedings in the case and will simply show as a "dismissed" charge on your record.

On the other hand, the consequences may be harsh if you enter this program and violate any of the conditions. Your eligibility in the program could be revoked, and a new hearing would be set for the judge to sentence you for the offense. In some cases, the sentence imposed may be harsher if you violate the terms of the program than if you had just pled guilty. How a violation of the program will be treated depends largely on the nature of the violation and background of the individual.

If you are facing first-time drug possession charges, the prosecutor is likely to offer entry in the First Offender Program as part of a plea agreement. While it may be tempting to jump at this offer in exchange for a dismissal of the charges, this may not be in your best interests. For example, you may have defenses that will result in a true dismissal—even if you think that you are guilty. Let our Fairfax marijuana attorneys build a strong defense and help you make the best decision for your circumstances. To schedule your free consultation, start an online chat today.