What Are the Differences Between Federal and State Drug Charges Under Virginia Law? 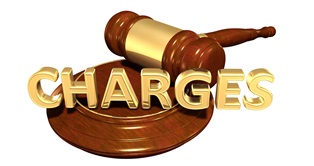 Being charged with any drug crime is a serious matter that can result in a prison sentence, substantial fines, and a permanent criminal record. Drug charges can be brought in both state and federal court. The laws and consequences for being charged with a drug crime vary in each court. However, with the help of a criminal defense attorney who has experience defending people in both state and federal courts, you may be able to have the charges against you dismissed or reduced to a charge with much lesser penalties.

What Are Important Differences Between Federal and State Drug Charges?

Under federal and Virginia laws, it is illegal to possess, manufacture, or sell certain controlled substances, such as marijuana, methamphetamine, cocaine, and heroin. However, federal drug crimes usually involve interstate criminal activities, which is when the criminal activity occurs in multiple states. Charges may also be brought in federal court if the crime is committed on federal property, such as a national park. Some important differences in being charged under federal or Virginia drug crime laws include:

What Are Common Federal Drug Charges?

There are many different federal drug crimes that a person could be charged with committing. Common charges include:

Whether you are charged with a federal or state drug offense, you need the help of an experienced criminal defense attorney. Review our case results to see how we have helped other clients facing criminal charges and then call our office to schedule a free consultation.