The Constitution may say that you are innocent until proven guilty. However, employers, educators, landlords, and others make judgments based on arrest records. A conviction may cause people to judge you more harshly, even if a long time has passed since your conviction or extenuating circumstances led to your conviction.

An expungement protects you in two ways. First, the public—which includes potential employers, creditors, landlords, and others—will not be able to access your expunged 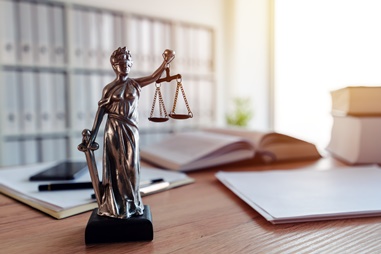 criminal record. Second, you are not required to disclose your arrest or conviction on an application or in an interview after it is expunged.

Currently, the burden is on you to prove that you are eligible for expungement. You must petition the court for an expungement. Under current Virginia law, the court will only seal your criminal records if: (1) you were acquitted; (2) the government decided not to prosecute you; (3) the charges against you were dismissed without evidence sufficient for a finding of guilty; or (4) the crime was committed by someone using your identity.

The Virginia General Assembly passed a new expungement law in 2021. The law, which takes effect in 2025, makes expungement automatic in some cases and expands expungement eligibility to some criminal convictions.

Expungement of Misdemeanor Arrests and Convictions

Beginning October 1, 2025, you may qualify for automatic sealing of your misdemeanor arrest record if you are found not guilty, if the government drops the case, or if the case is dismissed. Your record will automatically be expunged as long as you have never been convicted of a crime in Virginia and you have not been arrested or charged with a crime in Virginia in the last three years.

If you do not meet these criteria, you may petition the court for an expungement of your misdemeanor arrest record.

Automatic Sealing of Some Misdemeanor Convictions

Automatic sealing of misdemeanor deferral-dismissals is possible for the crimes of underage alcohol possession and marijuana possession. You may qualify for an automatic sealing of your records if you were not also convicted of another crime at the same time, seven years have passed since your conviction date, and you have not been convicted of another crime other than a possible traffic violation anywhere in the United States in the last seven years.

You may also petition the court to seal your record if your deferral-dismissal was for a crime other than DUI or assault or battery against a relative or household member and you have not had specific other types of felony convictions in the past.

Even some felony convictions may be sealed.

How to Qualify to Seal Your Felony Conviction

Class 5, Class 6 felonies, and felony larceny offenses may be sealed beginning July 1, 2025 if:

Sealing felony convictions is not automatic. You must petition the court to have your records sealed.

There is no lifetime limit on sealing records from criminal case dismissals, acquittals, or the government’s decision not to prosecute (nolle prosequi).

However, when the new Virginia expungement law goes into effect, there will be a lifetime limit on the number of times a person can have records related to convictions and deferral-dismissals sealed. You may only have records sealed from two sentencing events. Convictions of multiple charges on the same day are considered one sentencing event.

Right now, the law is scheduled to go into effect in 2025 so that the courts and the Virginia State Police have time to make the required changes. However, some groups may request that the General Assembly move this date up.

We can’t predict whether additional changes will be made to the Virginia expungement law. However, we can promise you that our experienced Fairfax expungement lawyers will stay on top of every change and work hard to secure a fair outcome for you if you seek an expungement now or in the future.

Please call us at 703-454-5885 or complete our online contact form today to discuss how this law may impact you. Our Fairfax criminal defense lawyers will discuss all of your expungement options with you so that you can confidently make educated decisions about your future.