Can a Theft Charge Be Expunged in Virginia?

You weren’t convicted of larceny or theft. Yet, you worry that the criminal record of your arrest and court proceedings could hurt you. Could an employer, 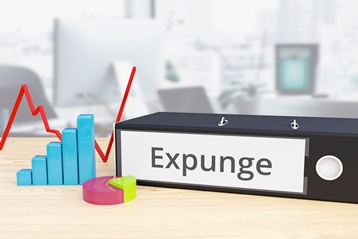 landlord, or school use your arrest against you? Will your reputation be damaged by a crime that you did not commit?

Expungement May Be an Option for You

You may be eligible for an expungement if one of four things is true. According to Virginia Code § 19.2-392.2, you may seek a successful expungement if:

If you entered a plea agreement, pled no contest, or were convicted of larceny, credit card fraud, or another theft crime, then you may not seek a successful expungement in Virginia.

How to Get Theft Charges Expunged in Virginia

You must file an expungement petition and the court must rule in your favor before your theft record is expunged in Virginia.

The process for seeking an expungement is the same whether you were arrested for a misdemeanor (such as petit larceny) or a felony (such as grand larceny). However, the burden of proof is different.

Your future matters. Your employment, education, or housing should not be impacted by a crime for which you were never found guilty and did not accept legal responsibility.

Our experienced Fairfax expungement lawyers represent adults and juveniles in simple and complex expungement cases. We would be happy to discuss your potential expungement with you and help you through the expungement process, if appropriate. Please call us or complete our online contact form today to schedule your first meeting with one of our expungement attorneys.