Marijuana Reform Is Coming to Virginia, But Don’t Get Too Excited Yet… 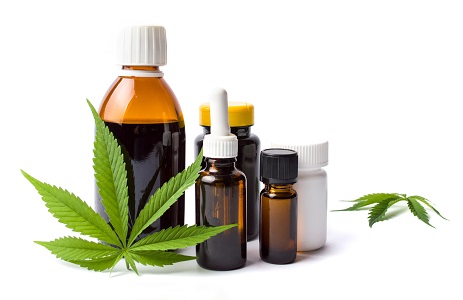 Big changes are on the horizon for Virginia’s medical marijuana laws.  On February 2, 2018, the Virginia House of Delegates unanimously voted in favor of adopting a “Let Doctors Decide” Bill (HB 1251) that lets physicians use cannabidiol oil or THC-A oil in the treatment of patients when deemed medically appropriate.  On February 6, the Virginia Senate voted 40-0 in favor of an identical bill (SB 726).  Each side of the Legislature must review the other side’s Bill and then submit them to the Governor.  If the Governor signs the Bills, they will become the new law on medical marijuana.

So what does this mean for marijuana possession, use, and dispensing in Virginia?

First and foremost, it doesn’t mean that marijuana is legal to possess, consume, or sell by everyone.  To the contrary, only those who have been legitimately prescribed THC-A oil by a physician may possess or use it as directed by their physician.

Virginia already permitted the use of THC-A oil for purposes of treating intractable epilepsy.  The big impact of the current Bills is that doctors would now have the authority to use THC-A oil as a treatment for conditions other than epilepsy. The existing law that allowed THC-A to be used for the treatment of epilepsy remains largely intact following the recent proposed Bills.

Just because some doctor prescribed some form of marijuana to you from someplace does not mean that particular marijuana and prescription will pass muster under the new laws.  For example, the proposed Bills retain the existing language regarding the potency of the THC-A oil.  To be a legal prescription under the proposed Bills, the oil must contain at least 15 percent THC-A, and it cannot contain more than 5 percent THC.  Thus, if you receive a prescription that does not meet these standards, you may still be illegally possessing marijuana, and the person dispensing it may be illegally dispensing marijuana.

If you are caught with marijuana, it is your job to prove that you have a legitimate prescription

While the Commonwealth has the burden to prove beyond a reasonable doubt that you possessed marijuana and knew what it was, the burden has always been on the person accused of the offense to prove that they have a legitimate prescription.  You should not assume that officers will not issue a ticket or arrest you simply because you claim that you have a valid prescription for THC-A oil.

While marijuana reform is coming to Virginia, the current state of the criminal law and the enforcement of marijuana cases will not change much with the passage of the “Let Doctors Decide” law.  Don’t let these medical marijuana changes lull you into thinking that marijuana possession is not treated harshly in Virginia.  Possession of marijuana in Virginia is still considered a class 1 misdemeanor and can have numerous adverse consequences on your future.  If you are facing a marijuana charge and need advice on how best to handle your defense, give our Fairfax marijuana possession lawyers a call today.