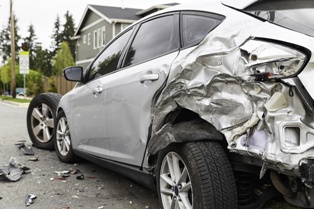 You are facing serious charges if you are pulled over and arrested for DUI in Fairfax. If the offense caused a motor vehicle accident resulting in an individual's death, you could be arrested for an even more serious charge - DUI involuntary manslaughter. If convicted of DUI involuntary manslaughter, your punishment can include a large fine and a lengthy prison sentence.

What Is the Crime of Involuntary Manslaughter Related to DUI?

Under Virginia Code § 18.2-36.1, it is a crime to unintentionally cause the death of another person while driving under the influence of alcohol or drugs. In order to be convicted of this offense, the prosecutor must prove the following elements beyond a reasonable doubt:

How Unintentionally Causing the Death of an Individual Is Proven

In order to prove that the driver unintentionally caused the death of another person, the Commonwealth of Virginia must prove that the death was caused by the driver’s driving under the influence of drugs or alcohol. It is insufficient for the prosecutor to just show that the person was intoxicated. To be convicted of DUI involuntary manslaughter, it must be established that the death happened because of the effects that the alcohol or drugs had on the driver.

What Must Be Shown to Establish Driving Under the Influence

However, it is not required that the prosecutor prove that the driver had a certain level of alcohol or drugs in his system for intoxication to be presumed. It may be sufficient that the impairment is observable, such as in the driver’s general appearance, behavior, speech, or muscular movements. The prosecutor can prove this in a number of ways:

In addition, a conviction would result in a permanent criminal record that can have many long-term consequences on a person’s life.

Whether the conduct rises to the level of criminal negligence is judged objectively. It depends on whether the driver knew, or should have known, of the potential consequences of his actions and pursued them anyway.

If convicted of aggravated involuntary manslaughter, a person can face even harsher penalties. The minimum punishment is one year in prison and can be increased to up to a 20-year prison sentence. In addition, the sentence can include a fine of up to $2,500.

Have you been charged with DUI involuntary manslaughter in Fairfax or Northern Virginia? At Greenspun Shapiro PC, our experienced DUI lawyers are committed to helping you mount a strong defense to the charges you face so that they are dismissed or reduced to a less serious charge. To find out more about how we can help you, start an online chat or call our office to schedule your free consultation today.