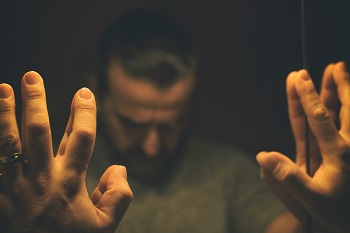 It can start out as a minor argument between a husband and wife or a boyfriend and girlfriend.  Perhaps one or both of them had one drink too many.  Or it could be the result of a parent disciplining a child, or a child losing his temper with a parent.  It could be a fight between brothers that got out of control.  Any of these situations could escalate into an assault and lead to a charge of “domestic assault” in violation of Virginia Code Section 18.2-57.2.

This post will explain what to expect if you or a loved one is charged with domestic assault, as well as the next steps to take:

What is “Domestic Assault”?

To prove that a “domestic assault” occurred, the prosecution will have to prove the following:

An assault and battery is the “unlawful touching of another.”  The touching does not have to result in injury.  However, a touching is not unlawful if the person consents or if the touching is justified or excused.  In plain English, whether a touching was assaultive will depend on the unique circumstances of each case.

As this list illustrates, the definition of “family or household” member extends beyond one’s immediate relatives.  An assault and battery against any of the above individuals would be charged as a “domestic assault.”

Can a Parent Physically Discipline a Child?

Yes and no.  Under Virginia law, parents have a right to use reasonable and restrained physical force to discipline a child.  But a parent can nonetheless be charged with assault against a child if the parent “exceeds the bounds of reason” in using physical force.

The problem, of course, is that what “exceeds the bounds of reason” is often in the eyes of the beholder, and the law does not provide clear, bright-line boundaries for appropriate parent-child discipline.  What is clear, however, is that excessive force that results in serious injuries to the child will almost certainly meet the definition of domestic assault.  Short of that, courts deal with the proper limits of discipline on a case-by-case basis, and they will consider multiple factors, such as the age of the child, the circumstances of the discipline, the amount of force applied, whether force was used to “discipline” or simply out of unrestrained anger, and whether injury resulted and the extent of any injury.

What is the Punishment Range?

Under Virginia law, misdemeanor domestic assault is a Class 1 misdemeanor, punishable by up to twelve months in jail, and/or a fine of up to $2,500.  The actual sentence imposed will vary depending on the circumstances of each case, and a first-offender program (discussed below), if successfully completed, will result in dismissal of the charge.

However, where a person is accused of domestic assault and has been previously convicted of two or more enumerated offenses against a family or household member, the third offense is a Class 6 felony, punishable by one to five years in prison, or, in the discretion of the court or the jury, up to twelve months in jail and/or a fine of up to $2,500.

This is My First Offense.  Can I Avoid a Conviction?

Yes.  Virginia Code Section 18.2-57.3 establishes a first-offender program that allows the court to defer (i.e., extend) the case against the accused, without finding him or her guilty, and place the accused on probation during that time.  To be eligible for deferral, the accused individual must:

Even if the defendant is eligible for the deferral and consents to it, the court has the discretion to decide whether to enter him into the deferral program; the statute does not require the judge to do so. If the court enters the defendant into this program, it will place the individual on probation for two years, during which he must comply with certain conditions imposed by the court. The actual conditions will vary by case, but typically this will include completion of a domestic violence and/or anger management course.

Upon successful completion of probation with all the conditions imposed, as well as avoidance of any other charges during that time, the court will finally dismiss the charge. However, it is important to note that a charge dismissed under this deferral program is generally NOT eligible for expungement. That means that while the record will reflect no conviction and a dismissal, the record of the original charge and arrest will remain on the individual’s record.

What Should I Do Before My Trial Date?

First, if you were charged with domestic assault, you were probably also served with an Emergency Protective Order.  Such an order places limits on your ability to contact the allegedly abused individual, although the specific restrictions vary.  It is vital that you read the order carefully, and it is critically important that you comply with the order until its expiration.  Failure to do so will result in an additional charge of violating a protective order.  Keep in mind that if the order prohibits all contact with the alleged victim, that includes contact of any kind, including by telephone or through third-parties.  For example, attempting to call a spouse who accused you of assault through the jail telephone, or via text or email, can result in a charge of violating or attempting to violate a protective order.

Are you facing domestic assault charges in Virginia, Maryland or Washington D.C.? You need to consult with a violent crimes attorney with experience in criminal defense. At Greenspun Shapiro PC, our team of attorneys have many years of experience aggressively fighting for the best possible outcome for our clients facing criminal charges. Call our Fairfax law office to schedule your free, no-obligation consultation to learn more about how we can help you.