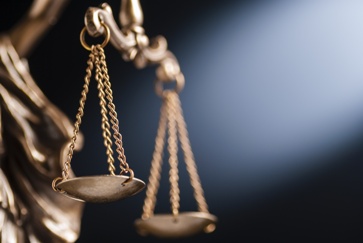 Virginia Code §18.2-371.1 makes child abuse a Class 4 felony in the Commonwealth of Virginia. If you are convicted of child abuse, you could face a potential two to ten years in prison and a fine of up to $100,000.

What Is Child Abuse?

Child abuse is illegal in every state in the nation. However, the legal definition of child abuse varies from state to state. In Virginia, "Any parent, guardian, or other person responsible for the care of a child under the age of 18 who by willful act or willful omission or refusal to provide any necessary care for the child's health causes or permits serious injury to the life or health of such child is guilty of a Class 4 felony…."

The law describes a serious injury as including, but not limited to:

No one wants to see a child get hurt. However, not every child's injury is the result of child abuse. Sometimes, adults are wrongly accused of abusing children and must defend themselves to avoid spending years in prison, paying tens of thousands of dollars in fines, and the other long-term consequences of a criminal conviction.

Defending Yourself Against Child Abuse Charges

Sending someone to jail for a crime they didn't commit does not protect children or serve any legitimate public interest purpose.

If you face child abuse charges, then you have the right to defend yourself. As is the case with any crime, your defense must be truthful and based on the unique facts of your case. Some defenses that could apply in a Virginia child abuse case include:

The person who reported the alleged child abuse may (or may not) have had the child's best interests in mind. Either way, that person might not have known the whole story. Now, it is up to you to defend yourself.

Virginia takes the protection of children seriously, as it should. Therefore, you should expect prosecutors to prosecute your case aggressively. If one or more of the defenses described above applies to you or if you are wrongly accused of child abuse, then you must protect your rights.

Call an experienced Fairfax criminal defense attorney today for a free consultation about your rights. We have years of experience representing defendants, and we will use that experience to make sure every aspect of your case is considered and that all of your rights are protected.