Assault and Battery: Are You Being Charged With a Felony or Misdemeanor? 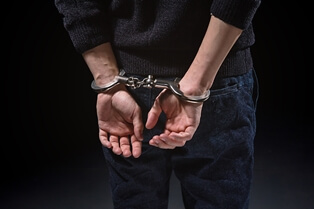 In Virginia, you could be charged with assault and battery as a felony or misdemeanor depending on the circumstances involved in the crime. Whether you are facing felony or misdemeanor charges, a conviction can have long-term consequences on your life after you complete your sentence—including a permanent criminal record. You do not want to give up and assume that you have no defenses to the charges. There are often many procedural or constitutional defenses or defenses based on the specific crime you are being charged with that can result in the charges against you being dismissed or reduced to a less serious offense with less harsh penalties. However, you will need the assistance of an experienced criminal defense attorney to help you build a strong defense.

What Are the Crimes of Assault and Battery?

In Virginia, assault and assault and battery—sometimes referred to as just battery—are two separate offenses. There are two ways that a person can commit the crime of assault:

Assault and battery is a Class 1 misdemeanor with a possible sentence of one year in prison and a fine of up to $2,500. Restitution to the victim may also be part of the sentence. For a first offense assault or battery charge, a person often does not receive the maximum sentence unless the crime was especially egregious.

When Assault and Battery Can Be Charged as a Felony

In Virginia, some assault and battery-type offenses can be charged as either a misdemeanor or felony based on the seriousness of the crime and other factors, while others are almost always felony offenses. Some of these crimes include:

If you have been charged with felonious assault or assault and battery—whether the charges are a misdemeanor or felony—let the experienced violent crime attorneys at Greenspun Shapiro PC help you build your defense. Our attorneys understand how even a misdemeanor conviction can impact on your life and will aggressively fight the charges against you. Start an online chat today to schedule your free consultation to learn what you can realistically expect in your case and how we can assist you.