If you have been charged with the crime of unlawful or malicious wounding, you are being charged with a felony and a much more serious crime than assault and battery, which can be misdemeanor or felony offenses in Virginia. A felony conviction will most likely result in a prison sentence and a 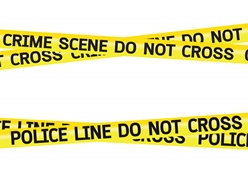 large fine. In addition, you would have a permanent criminal record. This could make it difficult, or impossible, to obtain employment in certain jobs, to obtain certain professional licenses, to obtain a loan, and to become a U.S. citizen.

You do not want to take the loss of your freedom and other consequences of a conviction lightly. You need to contact an experienced violent crimes attorney as soon as you are charged with this crime. He can help you build your defense—which is possible even if you believe that you are guilty—which could result in the charges against you being dismissed or reduced to a lesser charge with lesser penalties.

What Is the Crime of Malicious Wounding?

There are three separate crimes that you could be charged with under malicious or unlawful wounding. These are the most common felony assault charges people are charged with in Virginia. People are charged with these crimes rather than the less serious assault and battery charges due to their mindset as the accused person and the impact of the crime on the victim. In order to be convicted of malicious wounding, the prosecutor must prove the following:

In order to be charged with either malicious or unlawful wounding, the accused person must have broken the skin of the victim or used a weapon. Any kind of wound—such as a bruise caused by punching someone in the arm—is considered breaking his skin.

The prosecutor must prove malice for you to be convicted of malicious wounding rather than unlawful wounding. Malice is the purposeful and intentional committing of the crime. For example, you could have not have committed the act with malice if you acted in the heat of the moment.

What Is the Crime of Unlawful Wounding?

The prosecutor must only prove two elements for you to be convicted of unlawful wounding. They are the same as the first two elements of malicious wounding:

To be convicted of aggravated malicious wounding, the prosecutor must prove all the elements of malicious wounding and that the victim was severely injured and suffered a permanent and significant physical impairment or a termination of a pregnancy. For example, a scar that is visible and permanent would be considered a permanent and significant impairment that could result in a conviction for this more serious crime.

What Are the Penalties for Malicious and Unlawful Wounding?

While your actual sentence will be based on a number of factors, such as your criminal history and the seriousness of the crime, there is a range of sentences that you can expect to fall under. You could face the following penalties if convicted:

Even if you believe that you are guilty of the crime you are being charged with, you may have a number of procedural, constitutional, or other defenses that could result in a less serious conviction or a dismissal of the charges. However, you can only hope for these outcomes if you retain an experienced criminal defense attorney who can help you fight the charges you face.

At Greenspun Shapiro PC, we have a team of experienced criminal defense attorneys who have years of experience aggressively defending our clients who faced a variety of criminal felony charges. If you have been charged with unlawful or malicious wounding or other crime, contact our Fairfax law office today to schedule a free consultation to discuss your situation and your possible defenses.