Being charged with any crime can be frightening, but being arrested for a felony can be a terrifying experience when you consider the serious consequences that could affect the rest of your life. This is especially true if you are being charged with killing another person. Both involuntary 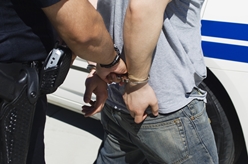 manslaughter and voluntary manslaughter are felony crimes in Virginia. Although less serious than murder charges, you could face a lengthy prison sentence and fines if convicted of either of these crimes.

You may have already made a serious mistake in killing someone that resulted in you being charged with manslaughter. Do not make another bad decision by not making the right choice in who to hire to defend you against these charges—even if you believe you are guilty. Hiring an experienced criminal defense attorney who understands the procedural and constitutional defenses as well as general manslaughter defenses could be crucial to getting the charges dismissed or entering into a plea agreement where your sentence is reduced as much as possible.

What Is Voluntary Manslaughter in Virginia?

Virginia is one of a few states that defines voluntary and involuntary manslaughter through case law rather than statutes. Manslaughter is the unlawful killing of a person without malice and is often considered a crime of passion. Malice is not the same thing as intentionally committing the crime. It is the commission of an act out of viciousness or evil intentions.

In order to be convicted of the crime of manslaughter, a person must have intended to kill the person. This is a necessary element of the crime. However, there is no planning of the crime involved. Instead, the crime is committed in the heat of passion or after being provoked. It has been defined by Virginia courts as an intentional, non-malicious murder that occurred in sudden combat or in the heat of passion as a result of reasonable provocation. Examples of when a person could be charged with voluntary manslaughter include:

Manslaughter is a less serious crime than murder. While both involve an intentional act in Virginia, murder requires premeditation—or planning. This is a key difference between the two crimes. Often, a person charged with a crime of murder may also face voluntary manslaughter charges as well.

When Could You Be Charged With Involuntary Manslaughter?

Involuntary manslaughter is the unintentional killing of another person. It is defined by Virginia case law as the accidental killing while committing an unlawful act that is not a felony or committing a lawful act improperly. It is based on the person’s negligent or reckless actions. In addition, under Virginia statute, involuntary manslaughter is also defined as causing the death of a person while under the influence of alcohol or drugs.

What Are the Penalties You Face If Convicted of Voluntary or Involuntary Manslaughter?

Any manslaughter conviction comes with severe penalties. Both voluntary and involuntary manslaughter are Class 5 felonies. You could be sentenced as follows:

A strong defense is crucial to getting the charges against you reduced or dismissed when you are charged with voluntary or involuntary manslaughter. You need an experienced criminal defense attorney who can thoroughly investigate the charges against you and build your defense. No matter what your circumstances are, you most likely have defenses that you can raise that will increase the chances of achieving a favorable outcome for you.

If you have been charged with either of these serious crimes, start an online chat today or call us to schedule a free, no-obligation consultation to learn about your options.