Is Murder a Federal Crime? 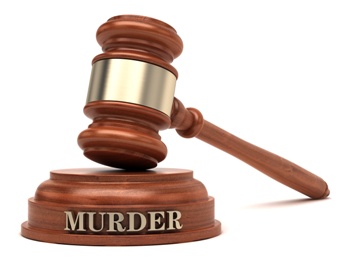 Most of the time, murder is a state crime that is prosecuted in Virginia state court. However, there are some circumstances when murder is a federal crime that will be tried in federal court and subject to federal sentencing.

The Federal Crime of Murder

According to 18 U.S.C. §1111, “murder is the unlawful killing of a human being with malice aforethought.” An individual may be charged with murder if the alleged killing violated federal law.

Some alleged murders are tried as federal crimes because of the victim’s identity. These crimes include the murder of a(n):

Other alleged murders are tried as federal crimes because of the circumstances in which they happened, such as:

Finally, some alleged murders are tried as federal crimes because of where they occurred. These crimes include:

A federal murder charge does not mean that you will be convicted of murder. Sometimes, the government gets it wrong. Some possible defenses include:

An experienced Virginia murder defense lawyer will consider all possible defenses for you. Contact us for a free consultation as soon as you can so that we can begin gathering evidence, making sure your procedural and constitutional rights are protected, negotiating with federal prosecutors, and advising you on your legal options.