First-Degree Murder: One of the Most Serious Felony Crimes in Virginia 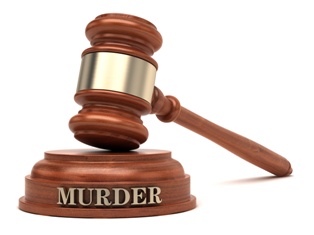 First-degree murder is at the top of the list of the most serious crimes a person can be convicted of in Virginia. The penalties are extremely harsh—decades to life in prison and large fines. If you have been charged with first-degree murder, your life as you know it is at risk. It is essential to retain an experienced criminal defense attorney immediately to help you mount a strong defense so that you can achieve the best possible outcome given your circumstances.

Murder offenses are felony crimes in Virginia. There are a number of different crimes that an individual can be charged with if he kills someone. Three common ones that are also some of the most serious murder crimes include:

What Is First-Degree Murder Under Virginia Law?

Under Virginia Code § 18.2-32, first-degree murder is defined as murder other than capital murder. In addition, the murder must have been committed under one of these circumstances:

What Are the Penalties for First-Degree Murder?

First-degree murder is a Class 2 felony. If convicted, a person can be sentenced to up to life in prison and ordered to pay a $100,000 fine.

How Does First-Degree Murder Differ From Capital Murder?

What Is the Crime of Attempted Murder?

Attempted murder is the unsuccessful attempt to kill another person where a direct action was taken to murder the victim and the actions were intended to result in his murder. Attempted capital murder is a Class 2 felony that can result in a punishment of 20 years to life in prison and a fine of up to $100,000. Attempted first-degree murder is a Class 4 felony. The sentence can include a prison sentence of 2 to 10 years and a fine not to exceed $100,000.

If you have been charged with first-degree murder, it is important to understand that you may have strong defenses to the charges that you face—even if you believe that you are guilty of the crime. Self-defense, defense of another person, and accidental murder are a few of the defenses that may apply to your situation.

You need a lawyer experienced in murder defense if you want to mount a successful defense to the murder charges you face. The skilled attorneys at Greenspun Shapiro PC have decades of experience defending clients charged with capital murder, first-degree murder, and other murder crimes. We will aggressively fight to obtain the best possible outcome for you. To learn more about our extensive experience in these cases and how we can assist you, call our Fairfax office to schedule your free consultation today. We represent clients in Fairfax and throughout Northern Virginia.