A charge of capital murder is almost certainly the most serious crime you can be charged with in Virginia, and it comes with the harshest possible penalty—a death sentence. Virginia takes these crimes very seriously and aggressively pursues a sentence of death when individuals are convicted of capital murder. According to the Death Penalty Information Center, there were 112 executions in Virginia from 1976 through January 2017, with one 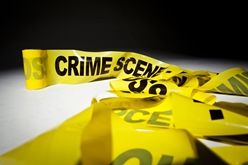 execution having already taken place in 2017. Virginia is tied with Oklahoma as the second leading state in executions since 1976, and there are seven death row inmates in Virginia as of July 1, 2016.

If you have been charged with or are facing capital murder charges, you want to retain an experienced criminal defense attorney as soon as possible. When hiring an attorney, you should be certain that the attorney is experienced in handling capital murder, other murder, and manslaughter charges. Your life is on the line, and you need an attorney who understands the many defenses you may have to the charges and can aggressively and competently defend you. He may be able to get the charges against you dismissed or reduced so the worst penalty is life in prison instead of your death.

What Is Capital Murder in Virginia?

In Virginia, a killing involving a number of circumstances can fall under the charge of capital murder. Virginia Code § 18.2-31 defines what can be considered a capital murder as a willful, deliberate, and premeditated killing of a person under these circumstances:

When Is the Death Penalty Imposed in a Capital Murder Sentence?

Capital murder is a Class 1 felony and carries a sentence of the death penalty unless the convicted person is under 18 years old, in which case he would be sentenced to life in prison. A fine of up to $100,000 could also be assessed. The best outcome for a person convicted of capital murder is life in prison with no chance of parole.

If a person is convicted of capital murder, there is another proceeding after his trial to decide whether to impose a sentence of death or life in prison. For a person to receive the death penalty, the prosecutor must prove one of the following beyond a reasonable doubt:

The person being sentenced is allowed to present mitigating factors as to why he should not receive the death sentence. These can include that the person did not have a significant criminal record, was under extreme mental or emotional disturbance, or was unable to adequately comprehend the criminality of his conduct.

Do Not Delay Contacting an Experienced Criminal Defense Attorney Any Longer

If possible, you want to retain an experienced murder defense attorney even before you are charged with capital murder. He can help you protect your constitutional rights during the investigation and throughout the criminal proceedings and build a defense to the charges you face.

The criminal defense attorneys at Greenspun Shapiro PC have years of combined experience helping clients who have been charged with murder and other felony charges. We will guide you through the process and will work aggressively to build your defense. If you have been charged with capital murder, we urge you to contact our office today to schedule your free consultation.