When can I be charged with felony murder and what penalties might I face in Virginia? 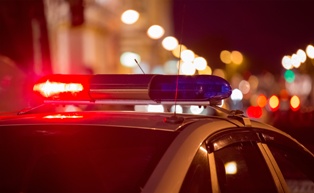 Felony murder is the killing of a person while in the commission of a felony crime in Virginia. It is also referred to as felony homicide. A person can be charged with this crime even if he did not intend to murder. If convicted, the punishment can be decades in prison.

What Is Felony Murder?

Under Virginia Code § 18.2-33, felony murder is the accidental killing of a person in the commission of certain felony crimes. This crime can be committed if the victim dies immediately or after the accused person has left the scene of the crime. It is often charged and punished as second-degree murder.

However, if the felony is an especially serious one, felony murder can be charged as first-degree murder. These offenses include:

In order to be convicted of felony murder, the prosecutor must prove the elements of the crime beyond a reasonable doubt. This includes proving the following:

What Are the Penalties for Felony Murder?

The penalties for felony murder will depend on the type of felony the person is charged with committing and his prior criminal record. However, the punishment for felony homicide is between 5 and 40 years in prison if it is charged as second-degree murder.

We Can Help You Defend Against Felony Murder Charges in Fairfax

If you have been charged with felony murder, you need to retain an experienced criminal defense attorney as soon as possible to fight the very serious charges you face. Even if you are guilty of felony murder or the underlying felony, you may have strong defenses that can result in the charges being dismissed or reduced to a less serious offense.

Our skilled and dedicated lawyers are here to mount the strongest defense possible to the charges you face. We will aggressively fight for the best possible outcome in your case and are not afraid to take your case to trial if this is in your best interests. To learn more about how we can assist you, call our Fairfax office or start an online chat to schedule a free consultation.