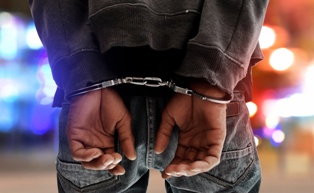 Attempted murder is a serious felony crime in Virginia. The penalties you face if convicted can be very harsh and are similar to the punishments if you were found guilty of murder. You cannot afford to face these charges in Fairfax or Northern Virginia without the assistance of an experienced criminal defense attorney.

Attempted murder is an unsuccessful attempt to kill someone. This charge requires proof of the following elements:

What Constitutes a Direct Action?

Taking a direct action toward murdering someone requires more than just preparing to commit a murder. Planning a crime can involve thinking about a plan, talking about it, or planning it in other ways, which, depending on the circumstances, may be considered a conspiracy if it involves another individual. To be convicted of attempted murder, a person must do take some actions associated with committing the crime of murder.

What Is the Intent to Kill?

It must also be proven that the person specifically intended to commit the crime of attempted murder. To establish this, the prosecutor must show the following:

Penalties for Attempted Murder in Virginia

In Virginia, the penalties for an attempted felony are based on the punishment for the felony that the person attempted to commit. This is also true for attempted murder. If convicted, you may face these punishments:

Have you been charged with attempted murder or another violent crime in Fairfax or Northern Virginia? It is crucial that you retain an experienced murder defense attorney as soon as possible to help you mount a strong defense to the charges you face. You may have strong defenses depending on the facts of your case, and our experienced attorneys can help you identify and raise those defenses.

Call our Fairfax office to schedule a free consultation to learn of our decades of experience representing clients facing these and other charges and how we can help you build a strong defense to the charges you face.