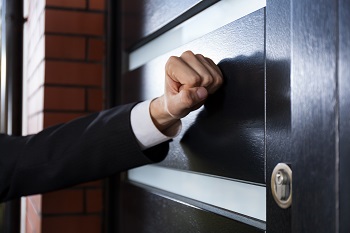 You hear a loud knock on your front door. Moments later, you’re served with a subpoena to appear to testify at a grand jury, a hearing, or a trial. The subpoena may be in a federal or state case, and it may be issued by the prosecution or by the accused in a criminal case.

Who Can Be Subpoenaed as a Witness?

Anyone who may have evidence relevant to a pending criminal case may receive a witness subpoena. Accordingly, you may receive a subpoena if you:

If you are subpoenaed, then you need to know what to do next.

What to Do After You Get a Witness Subpoena

Additionally, the form will indicate the name of the person requesting the subpoena. Some of the questions you might consider when you receive a subpoena include:

These questions will help determine what you do next.

A witness subpoena is a court order requiring you to appear at the stated place and time, even if you do not see a judge’s signature on the document.

That means failure to comply with the subpoena could subject you to a show cause hearing—where you will be summoned before the judge to explain your failure to appear or even to punishment for contempt of court. Thus, ignoring the subpoena is not an option.

Do You Need a Criminal Defense Lawyer?

In most cases, a subpoenaed witness will likely not need the assistance of an attorney.

However, in certain cases, the witness may be subjecting himself to criminal liability by appearing and testifying under oath. For example, a witness who was involved in a criminal enterprise but has not been charged may be subpoenaed to testify against another defendant. This witness may incriminate himself while testifying, which could later be used to bring charges against him. Other times, a witness may have previously provided inaccurate, incomplete, or misleading information to law enforcement. In this case, testifying truthfully under oath may subject the witness to charges of obstruction of justice, while lying under oath to avoid charges of obstruction of justice may subject him to a felony perjury charge. In these circumstances, the subpoenaed witness likely has a right under the Fifth Amendment not to testify in order to avoid self-incrimination.

How an Attorney May Help You

Additionally, even if no immunity agreement is reached with the prosecutors, or if the subpoena is issued by a defendant in a criminal case, an attorney can appear in court with you and assert your Fifth Amendment privilege against self-incrimination on your behalf. If done properly, this will ensure that you are not compelled to answer questions that could incriminate you.

In short, if you receive a witness subpoena in a criminal case and you have any concerns about the possible repercussions of testifying, you should immediately consult an experienced criminal defense attorney to evaluate the circumstances and advise you on how to proceed. It is also advisable not to speak with investigators, prosecutors, or attorneys for other parties before consulting your own attorney.

If you have been issued a witness subpoena and have questions about the potential consequences of your testimony, contact an experienced Fairfax criminal defense attorney at Greenspun Shapiro PC today.

3 Comments
My question is similar as the one posted above. I have concerns about this and should I appear . the trial was postponed and I got another subpeona then the trial had be canceled due to covid. And I have not gotten another subpeona what should I do?
by Donna Danahy September 5, 2020 at 06:02 PM
I got a subpoena but they didn’t use my right address they put it on my neighbors door that has never been my address do I half to go
by Jaime Rickerd August 24, 2020 at 02:15 PM
I have a question. I live in NC and suppose to receive a Subpoena from MI as a witness for a murder trial that involves a family member. Do I have to go & how many days prior to the trial must I be served to go? Thank you so much for your time
by Tina Gresham May 16, 2019 at 10:36 PM
Post a Comment