With the prevalence of computers, cell phones, tablets, and other mobile devices used by individuals and businesses, cyber crimes are becoming more prevalent. According to the Virginia Attorney General, half of all Virginia residents have had their personal information compromised through the use 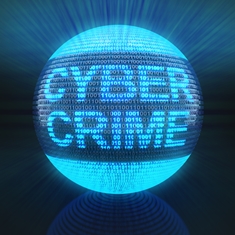 of an electronic device. Because of how widespread these crimes are becoming, they are vigorously prosecuted by Virginia and federal prosecutors.

If you have been charged with a cyber crime, you could be charged under Virginia’s criminal laws, federal cyber crime laws, or both. You could face a felony conviction and severe penalties, such as a lengthy prison sentence, large fines, and a criminal record for the rest of your life. The legal team at Greenspun Shapiro PC is committed to vigorously defending and protecting the rights of all of our clients facing these serious charges.

What Is a Cyber Crime?

Cyber crimes are also known as Internet crimes and are high technology crimes committed with the use of a computer, cellphone, or other computer technology, such as online social media to bully others or transmit sexually explicit photographs. The United States Justice divides cyber crimes into these three categories:

What Are Common Cyber Crimes Could You Be Charged With?

In Virginia, you could be charged with a cyber crime under the Virginia Computer Crimes Act, the Virginia identity theft statutes, and the Virginia child exploitation statutes. In addition, there are approximately 40 different federal statutes used to prosecute people for computer-related crimes, such as Internet fraud, pornography, drugs, software or online piracy, gambling, security fraud, and much more. You could be charged with a federal cyber crime if the criminal activity crosses state lines or involves interstate commerce—even if you remain in Virginia. The various crimes that fall under cyber crimes are incredibly varied, but some of the common ones include:

What Penalties Could You Face If Convicted of a Cyber Crime?

Because of the variety of crimes that you could be charged with under federal and Virginia cyber crime laws, you could receive a wide range of sentences depending on whether you are convicted of a misdemeanor or felony. In addition, state and federal courts have their own sentencing guidelines. However, in general, people convicted of these crimes could face the following penalties:

If you are facing cyber crime charges, you need the assistance of a fraud defense lawyer who handles these cases in both state and federal criminal courts. It is important that your attorney have experience defending people charged with these types of crimes given the many criminal laws involved and the technological complexities of computers that could impact on your defense. An attorney with this level of experience can help you build a defense—even if you believe you are guilty.

At Greenspun Shapiro PC, our experienced criminal defense attorneys handle all types of criminal cases, including cyber crimes. We have developed a reputation for vigorously defending our clients, and we are not afraid to take on challenging cases. At your initial consultation, one of our attorneys will meet with you to learn about your charges, answer your initial questions, and start working to build your defenses so the charges against you are dismissed or reduced to the least possible sentence. Start an online chat or call our Fairfax law office today at 703-352-0100 to schedule your free consultation.