How Does the Attorney-Client Privilege Actually Work? 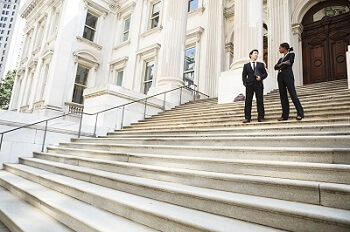 If you have been following the news of late, you have certainly heard TV talking heads and radio pundits stumble around the idea of the “attorney-client privilege,” its scope, and the exceptions to that privilege.  With the news cycle fixated on the story of the legal woes of President Trump’s personal lawyer, Michael Cohen, and the seizure of documents by the FBI from his home and office, this topic will likely stay front and center for some time.

But What Exactly is the Attorney-Client Privilege?

It is a privilege that protects against the compelled production of communications between an attorney and a client or potential client, if the following elements are met:

Does Money Have to Change Hands?

Misconceptions abound regarding this privilege.  You may have heard Sean Hannity’s insistence that Michael Cohen was never his attorney because he never received an invoice from him or paid him legal fees, an argument that sounds like something right out of Better Call Saul.  There is no requirement that money change hands, invoices be sent, or even that a retainer or fee agreement exist for a communication to be privileged and an attorney-client relationship to exist.

Whose Burden is it to Prove a Communication is Privileged?

Exceptions to the Attorney-Client Privilege

If a client uses or attempts to use his attorney’s services to commit a crime or a fraud, those communications with the attorney are not privileged against disclosure.  In the Michael Cohen saga, the court is in the process of deciding how to determine which documents seized by the FBI are privileged and which are not, and it is possible that some of the documents or communications that may ultimately be deemed not to be privileged will be those related to communications involving criminal or fraudulent activity, such as attempts to cover up wire or bank fraud in connection with the hush money paid to Stormy Daniels by Cohen.

Another exception to the attorney-client privilege is waiver: if you tell a secret to your lawyer then turn around and share it with others, you have just waived your right to claim the information you shared is confidential.  This is important to keep in mind in the era of social media: your Facebook/Instagram/Snapchat public posts are not privileged, even if you share them with your lawyer, because you are also sharing them with the rest of the world.  Similarly, if a third party attends a meeting or call between a lawyer and a client and that person’s presence is not necessary to facilitate the communication (such as in the case of an interpreter), this may act as a waiver of the privilege.

What Happens When the FBI Searches an Attorney’s Office?

It is very rare for the FBI to obtain a search warrant for an attorney’s office.  Typically investigators will issue subpoenas to attorneys rather than the more drastic measure of using a search warrant.  That means that when they do resort to a search warrant they likely feel confident that there is evidence that the attorney himself was either involved in criminal or fraudulent activity or that they fear the attorney may destroy evidence or fail to comply with a subpoena.  Of course whether or not that belief is accurate must then be tested in the courts.

Having said that, if federal investigators execute a search warrant that results in the seizure of potentially privileged communications, the Department of Justice has adopted guidelines whereby a separate team of prosecutors uninvolved in the investigation—referred to as a “taint” team—reviews documents to flag any that may be privileged before passing on the non-privileged documents to the investigators and prosecuting attorneys.  In the Michael Cohen case, his attorney is now seeking to avoid this process and instead be allowed to review the documents himself for privileged communications.  The judge in turn has floated the idea of appointing a special master, an independent third party, to conduct that review.

Regardless of the process ultimately employed, the court will eventually be faced with the questions of whether the attorney-client privilege applies to the documents to begin with, whether that privilege was waived, and whether any exceptions, such as the crime/fraud exception, apply.  If the privilege does not apply, then federal investigators will be able to rely on those communications and documents in their investigation and any possible prosecution.