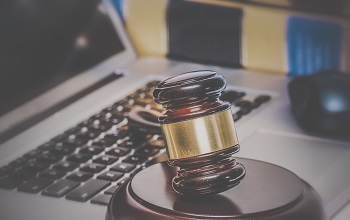 Federal child pornography laws are extremely tough, and federal investigators enforce those laws vigorously.  The consequences of a conviction are far-reaching and long-lasting.  It goes without saying that it is critically important to be represented by an attorney who understands the relevant statutes and cases, has a grasp of the complex forensic computer evidence, and is experienced in handling these cases in federal court.

By the time you or a loved one realize that you are being investigated for a child pornography offense, federal agents have likely already been investigating for several months, unbeknownst to you.  Several federal agencies are tasked with enforcement of child pornography laws, including the Federal Bureau of Investigation and Homeland Security Investigations, which is part of the Department of Homeland Security.

These agencies use a variety of techniques to track and investigate possible violations of child pornography laws.  For example, undercover agents scour peer-to-peer networks for shared files with names that suggest they may contain child pornography.  Once such files are located and downloaded by the undercover investigators, agents then use publicly available tools to track down the Internet Service Provider (ISP), such as Verizon or Comcast, that owns the Internet Protocol (IP) address used to upload and share the suspected contraband.  Administrative subpoenas are then issued to the ISPs to determine the specific user or users to which the IP address is registered.

Once investigators determine the location from which the suspected illegal activity is occurring, they will typically pursue further investigation of that address and its occupants, including physical surveillance and review of publicly available records.  They may also obtain records from the Department of Motor Vehicles (DMV) to further corroborate the information they have.

When investigators think they have enough evidence to support probable cause to believe that child pornography exists at the target location, they typically obtain a search warrant signed by a federal magistrate judge to authorize them to search the target premises.  The target of the investigation usually has no idea that he is a target or suspect until the day the search warrant is executed.  Investigators will then seize all electronic devices from the premises, as well as any other possible evidence related to their investigation.

Once the search warrant is executed, federal investigators transport the electronic devices to secure computer labs where forensic computer experts create mirror images of the hard drives and perform various searches of the devices using advanced forensic tools.  The results of the forensic examination, as well as whatever information was gleaned throughout the investigation, will ultimately determine what charges federal prosecutors ultimately pursue.

Title 18 Sections 2251 and 2252 of the United States Code are the primary federal statutes that define and proscribe the most common federal crimes related to child pornography.

Needless to say, the possible penalties in child pornography cases can be staggering, particularly where a mandatory minimum sentence is involved.  Moreover, in addition to the prison sentence, the court will usually impose a financial penalty, including fines and restitution to the victims.  Federal law also requires anyone convicted of a child pornography offense to register as a sex offender and continue to renew that registration.

As with all federal offenses, if a person has been convicted or pled guilty to a child pornography offense, the first step in determining the likely sentence is determining the applicable sentencing guidelines.  Those guidelines are not binding on the court, but they are usually the starting point for federal judges in fashioning an appropriate sentence.

At the sentencing stage, it is critically important for your attorney to both understand and properly present your full history to the court and to the probation officer who prepares the Presentence Report.  That report is very important to the court in determining your sentence, and it should provide the court with all of your background as it relates to the offense, such as any mental health issues, addiction problems, childhood trauma, or other circumstances that may help mitigate the circumstances of your case.

Once the Presentence Report is finalized, your attorney will file a memorandum on sentencing, presenting your position on sentencing to the court.  Again, it is important for that memorandum to provide the court with a well-rounded background of who you are as a person beyond the specific offense that brought you before the court.  For example, any history of mental health treatment that you have undergone, as well as any reports from treatment providers, will often be given considerable weight by the court in fashioning your sentence.  Ultimately, a hearing will be held on sentencing, and the judge will issue a sentencing order.

You should have a detailed and frank conversation with your attorney about the realistic sentencing options and possibilities, as well as what steps you can take early on in your case—well in advance of any conviction—to place yourself in the best position possible in the event of an eventual sentencing.

It is critical to consider a variety of possible defenses to charges related to child pornography.  These include, among many others, the following issues to consider:

If you discover that you are the target of a federal child pornography investigation, it is critically important that you immediately retain an experienced and trusted Fairfax child pornography attorney who can advise you and protect your rights.  Just as importantly, you should not make any statements to law enforcement or others regarding the investigation before consulting with an attorney.

Facing federal child pornography investigations or charges is stressful and frightening, and the process can be long and grueling.  Not only is it important to have zealous and capable representation throughout the process, but it is also critical to seek the right support and treatment where appropriate with qualified mental health professionals, after consulting with your attorney.  If you have been charged with possessing, receiving, distributing, or producing child pornography, contact an experienced attorney at Greenspun Shapiro today.