Age of Consent Laws in Virginia 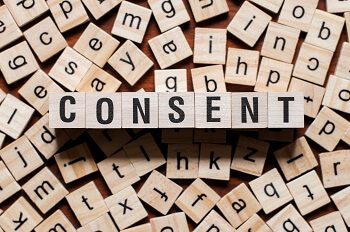 Virginia Code Title 18.2, Chapter 4, Article 7 defines criminal sexual assault and identifies who can consent to sexual acts in the Commonwealth of Virginia.

Intercourse Without Consent Is a Crime Regardless of Age

There is one straightforward, easy to understand baseline in Virginia law. If there is no consent, meaning that the person with whom the accused had intercourse did not agree to have sex, then age is of no consequence. Simply put, rape occurs when no consent is given for sexual intercourse regardless of the other person’s age.

No child who is under the age of 13 is able to consent to a sexual act. Therefore, no person can have consensual sex with a person under 13 years of age without violating Virginia Code §18.2-61.

In Virginia, people face significant criminal consequences if they have sexual intercourse with a minor who is 12 years old or younger. The accused faces a minimum of five years in prison and a possible life sentence. If the accused was 18-years-old or older at the time of the rape, then the accused faces a mandatory sentence of life in prison.

13- to 17-Year-Olds May Only Consent Sometimes

Consent is more complicated for people between the ages of 13 and 17. According to Virginia law:

For purposes of this law, carnal knowledge includes:

15- to 17-year-olds may provide consent to other teens who are close in age. For example, it may not violate Virginia law if a:

You may face a lengthy prison sentence, fines, and a criminal record if you are accused of having sexual relations with a minor in Virginia. However, you have not yet been convicted, and you have the right to defend yourself.

Before the Commonwealth can convict you and sentence you for a crime, it must prove its case against you. You have the right to defend yourself. Depending on the circumstances of the alleged offense, possible defenses may include:

Sometimes, alleged victims convincingly maintain that they are 18 or older. While this can be frustrating and misleading, it is not a defense to statutory rape or age of consent laws in Virginia.

If you face statutory rape or other charges based on someone’s age of consent, we encourage you to contact our experienced Fairfax sex crime defense lawyers today for a free consultation.