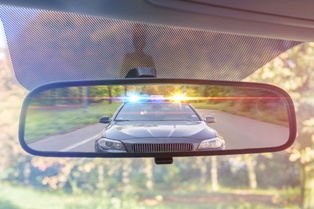 A traffic stop can result in more serious charges if the police officer believes that you are disregarding his signal to pull over. In this situation, you may be charged with the crime of eluding the police, which can be charged as a either a misdemeanor or a felony. To avoid the harsh penalties you may face if convicted, you need to retain an experienced traffic law attorney in Fairfax as soon as possible after your arrest.

Virginia Code § 18.2-817 states what constitutes felony and misdemeanor eluding the police charges. It is a misdemeanor offense for a person who has received an audible or visible signal from a police officer to stop his vehicle to willfully and wantonly disregard the signal and elude the police on foot, in his vehicle, or by other means. Some common scenarios that can lead to misdemeanor charges include:

This law specifically provides that it is an affirmative defense to show that the individual reasonably believed that a person other than the police was pursuing him.

If convicted, an individual can be sentenced to up to $500.00 in fines. In addition, a conviction would result in a permanent criminal record.

When Eluding the Police Is Charged as a Felony

Eluding the police can be charged as a Class 6 felony if the individual willfully and wantonly disregards the signal to stop so as to interfere with the police officer’s vehicle or to endanger another person. This statute section also gives a person charged with this crime an affirmative defense if he believed someone else other than the police was pursuing him. The penalties for a Class 6 felony conviction include a prison sentence of up to five years and a fine not to exceed $2,500.

The charge will be elevated to a Class 4 felony if a police officer is killed as a direct and proximate cause of the pursuit. The penalties are harsher and include:

If a person is convicted of eluding the police as a misdemeanor or felony, his driver’s license will be suspended for up to one year. There is a minimum automatic suspension of 30 days.

The penalties are harsher if the person is found to have exceeded the posted speed limit by 20 miles or more. In this situation, the driver’s license suspension must be suspended for a minimum of 90 days.

If you have been charged with eluding the police, you do not want to handle your criminal case on your own. Prosecutors and judges view these offenses harshly. You may have defenses to these charges even if you believe that you are guilty. You need to retain an experienced traffic law attorney as soon as possible to build a defense strategy for you.

At Greenspun Shapiro PC, we represent clients facing these and other traffic violations in Fairfax and throughout Northern Virginia. We understand the long-term consequences of a misdemeanor or felony conviction, and we will work aggressively to present a strong defense to the charges you face so that they are dismissed or reduced to a less serious offense. Call our Fairfax office or fill out our convenient online form to schedule your free, no-obligation consultation to learn more about how we can assist you.