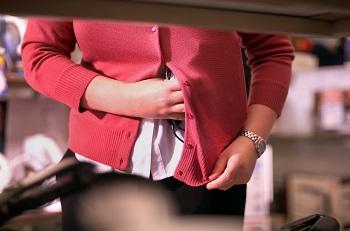 Shoplifting charges are serious, and the penalties can be severe depending on the value of the items at issue, your prior record, and the circumstances of your case.

Shoplifting is simply a form of “larceny,” which is the wrongful or fraudulent taking of any items that belong to another without the consent of the rightful owner and with the intent to permanently deprive the owner of the items.  Under Virginia Code § 18.2-103, it is unlawful to do any of the following without authority and with the intent to take goods or merchandise without paying the full purchase price or to defraud the owner of the value of the merchandise:

However, if the value of the stolen goods is $500 or more, then shoplifting is punishable as grand larceny, an unclassified felony punishable under § 18.2-95 with up to 20 years in jail, or up to 12 months in jail and/or a fine of up to $2,500, in the discretion of the judge or jury.

Under Virginia Code § 18.2-105.1, shop owners or loss prevention officers have the authority to temporarily detain an individual, if they have probable cause to believe that individual shoplifted, for up to one hour pending the arrival of law enforcement officers.

In addition to criminal penalties for shoplifting, Virginia Code § 18.2-104.1 provides that any person convicted of a shoplifting offense under § 18.2-103 is civilly liable to the store owner for the retail value of any merchandise illegally taken and not recovered by the owner, and for the all costs incurred in prosecuting the individual under § 18.2-103.  Those costs are limited to the actual expenses incurred by the store, such as the base wage of one employee acting as a witness for the Commonwealth in the case.  The maximum total allowable costs under this statute are $250, not including the retail value of the goods and merchandise.

Shoplifting is a serious offense with serious consequences, but an experienced criminal defense attorney can assist you in asserting defenses that may apply to your case.  Those include, but are not limited, to the following:

If you are charged with shoplifting, you need an experienced criminal defense attorney to guide you through the process, carefully evaluate the evidence against you, and help you assert any defenses you may have.  Depending on your record and the circumstances of the case, your attorney may be able to negotiate a deferral agreement that results in the dismissal of the case. Alternatively, your attorney may negotiate a favorable plea agreement on your behalf with the Commonwealth.  And where appropriate, an experienced defense attorney can help you fight the case at trial and seek a not guilty verdict.