Social Media Can Be A Killer 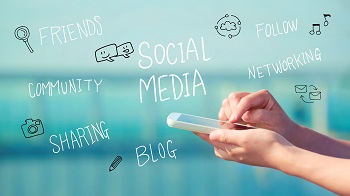 Facebook, Instagram, Snapchat, and many other popular social media services allow people to post all kinds of information about their lives and experiences.  It can be great to brag to your friends about the cool show or restaurant you went to over the weekend, or to inform people of the great experience you had on a recent vacation.  But, social media can also get you in trouble.

Take, for example, the case of Cheyenne Rose Antoine, a 21-year-old Canadian woman who recently was convicted of manslaughter.  As Business Insider and other source reported the week of January 15, 2018, Ms. Antoine entered a guilty plea to the charge of manslaughter for killing her friend, then only 18 years old, in March of 2015.

Ms. Antoine had initially denied knowing what happened to her friend.  She tried to cover her tracks by posting “hope you are okay” messages on her friend’s social media.  She also lied to the police about her whereabouts that night.

However, thanks to a selfie Ms. Antoine posted several hours before the killing, police believed they identified the right person for the crime.  The selfie depicted Ms. Antoine wearing the exact same belt that was found at the murder scene and with which the friend had been strangled.  Those facts, plus evidence exposing inconsistencies about the story she told to police, led to the successful prosecution of Ms. Antoine, who eventually admitted that she committed the crime.

Even in cases where the post is innocuous, such as Ms. Antoine’s, and does not brag about a crime committed by the poster, it can still come back to haunt the poster.  For example, in Virginia, if police recover a photograph of a person smoking a joint or holding guns, that could be the basis for a search warrant.  If a poster writes on Facebook that they were wasted driving home the prior night and destroyed someone’s property, that could be the basis of a warrant, either to search that person’s property or arrest them.

Everyone makes judgments in error to different degrees.  While this is not ideal and in a perfect world there would be no crime, that is simply not the world we live in.  If you make a mistake, whether it is speeding or something far worse, do not post it on social media where others will find it.  You are only setting yourself up for disaster in the future.