Sexual Assault and Battery: A Conviction Could Include Harsh Penalties That Continue Long After You Serve Your Sentence 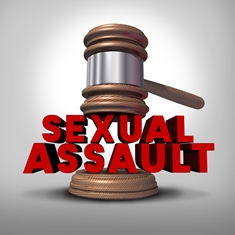 come with long prison sentences and large fines. Even once you successfully complete your sentence, you may have to register as a sex offender, with consequences affecting where you live, work, and more for the rest of your life.

Given the severe penalties you face, you cannot afford not to hire an experienced criminal defense attorney. An attorney can help you understand what consequences you realistically could face and to help you raise all of your defenses. Using all available defenses can be key to getting the charges against you dismissed or reduced to a lesser charge where you face less severe consequences.

What Sexual Assault and Battery Charges Could You Be Charged With Under Virginia Law?

Sexual assault charges can be complicated, and each case will be individualized in terms of what needs to be proved and the defenses that may be applicable. There are a number of different sexual assault and battery charges under Virginia law, ranging from misdemeanors to serious felonies with long prison sentences. Some of these crimes include the following:

Penalties You Could Face for a Sexual Assault and Battery Conviction

The sentence you could face will depend on whether you are convicted of or plead guilty to a misdemeanor or felony charge. You could face the following sentences:

Registering as a Sex Offender

If convicted of almost all of these crimes, you could be required to register in the Virginia Sex Offender Registry for the rest of your life. This could severely limit where you can live, work, and may even restrict public places where you can go.

If you are charged with any sexual assault or battery charge, you cannot take the criminal charges lightly. You could face years in prison, a large fine that could be impossible to pay, and living with the stigma of being labeled a sex offender. An experienced sex crime defense attorney can investigate the facts of your case to build a strong defense to either get the charges dismissed or reduced to a less serious crime with penalties you can live with.

At Greenspun Shapiro PC, our criminal defense team has years of combined experience representing clients facing many different types of criminal charges. We will thoroughly investigate your case to understand the charges and the weaknesses in the prosecutor’s case against you. We have a network of experts who can help us build a strong defense that is necessary if you hope to achieve the best possible outcome for your situation. Start an online chat or call our firm today at 703-352-0100 to schedule your free consultation.