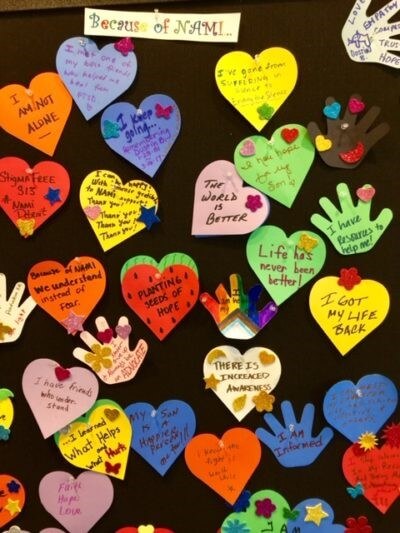 Too often, the first-responders to people experiencing mental health crisis are police, which leads to entanglement in the criminal justice system, or worse, tragic shooting deaths.

Crisis Intervention Teams (CIT)—with an emphasis on teams, not simply training—originated in Memphis in 1987, when the National Alliance on Mental Illness (NAMI) and police came together after one tragedy that rocked the community. Since then CIT has expanded, in various forms, to about 3,000 communities throughout the United States.

NAMI this year celebrated its 40-year anniversary as a national organization. NAMI Northern Virginia is one of 14 affiliates in the state. Along with advocacy, its work includes education and support group programs, at no cost to participants.

In the area of criminal justice reform, NAMI and CIT International, Inc. have worked for adoption of the “Memphis model.” CIT’s main goals are improving safety for both police officers and individuals in mental health distress and getting people with mental illness or substance use disorders into treatment rather than jail or prisons.

Thomas von Hemert, based in Charlottesville, who coordinates CIT programs in six Virginia counties is president of CIT International. In June 2019, with NAMI Virginia’s executive director, Rhonda Thissen, he presented a workshop at NAMI’s national convention in Seattle, calling even more boldly for a “zero intercept” model aimed at eliminating contact with the criminal justice system through even greater collaborations.

At its national convention in August, also in Seattle, CIT International released the first comprehensive guide to Crisis Intervention Team (CIT) Programs: Best Practices for Transforming Community Responses to Mental Health Crises. In its foreword, NAMI’s Acting CEO, Angela Kimball, wrote to civic and police leaders: “We hope you will read this guide with the intention to go beyond merely training law enforcement officers. We hope, instead, that you use these tools to promote a mental health solution to mental health crises.”

The need for mental health care reform is great. About one in five adults experience mental illness in any given year; almost 50 million in 2018. Less than 50% received treatment. About 40% of people in state and federal prisons have diagnosed mental illness.