Sentencings in Virginia: Should Juries Get to Review Virginia’s Sentencing Guidelines’ Recommendations? 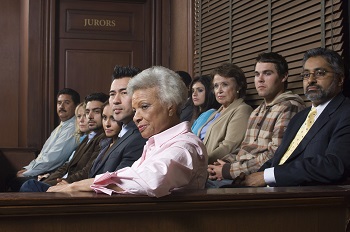 In Virginia, the role of determining a punishment after a jury trial rests with the jury.  The judge has authority to suspend time or modify a jury’s sentence to a certain extent, but often courts will impose jury sentences as-is.  Because of this, it is important for a defense attorney to present as much mitigating information about the defendant as possible to get the best sentence possible.

The rules governing what evidence can be presented during sentencing proceedings are very different than what can be presented during a trial.  Sentencings tend to include more information than would be admissible in trial.  However, the jury still does not get to hear and consider everything it perhaps should.  For example, juries cannot consider Virginia’s Sentencing Guidelines.

The Sentencing Guidelines are a collection of offense-specific worksheets that cover many, but not all, of the crimes found in the Code of Virginia.  Each worksheet has offense-specific factors that must be considered.  Each factor is assigned a certain point value, and the points are totaled to arrive at a recommendation that includes a low and high jail sentence recommendation as well as a midpoint recommendation.  Those ranges are based on how other people with the same background and offense point totals were punished in Virginia.

Jurors do not receive the benefit of any of the above guidance.  Instead, jurors only hear a range in which they must sentence someone.  For example, if someone is facing a class 5 felony charge, the jury will simply hear that they can impose a prison sentence between one and ten years.  Based on whatever information the jury heard about the crime during the trial, and any additional evidence presented at sentencing, the jury will come up with a sentence within that range.

It is odd that jurors, who have far less experience in figuring out how to punish a person, are not allowed to rely on the historical data that judges use every time they perform a felony sentencing event that is covered by the Sentencing Guidelines.  Jurors who hear a range of punishment of one to ten years, for example, may think they are giving a defendant a huge break by only sentencing him or her to three years.  However, in the same case, the Sentencing Guidelines may only recommend a mid-point sentence of nine months.

This potential disparity between jury and Guidelines sentences can be large and often discourages people accused of crimes from going to trial.  This disparity, however, could be addressed by allowing jurors to receive recommendations from the Sentencing Guidelines.  Jurors should be able to know what the Guidelines recommendation is, but still have the freedom to impose whatever sentence they find appropriate.

Unfortunately, Virginia does not currently allow the Sentencing Guidelines recommendation to be shared with jurors.  Thus, if you are facing a potential sentencing event, it is essential that all mitigating factors are presented to the judge or jury.  A proper presentation of mitigating factors can be the difference between a short or moderate sentence and a lengthy one.

Our attorneys can help guide you through trial and sentencing and make sure your case is presented properly to the court.