New Phone, Who Is This? Why You Should Not Text About Criminal Activity 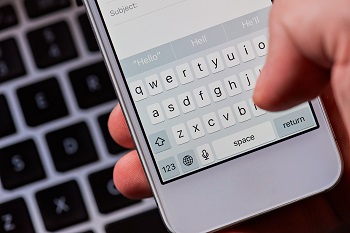 Have you ever accidentally erased a number from your phone or needed to call someone but didn’t have access to their saved contact info?  Perhaps you thought why not take a stab in the dark and hope that you guess the correct number?   Well, do not make the same mistake this guy made.

According to Virginia Lawyers Weekly, a man texted a Fairfax County Police Officer that he had marijuana for sale.  The unidentified texter apparently punched in the wrong number.  This, of course, is an assumption made by the report, but why anyone would intentionally text a police officer offering to sell them marijuana is beyond common sense.

The moral of this story is twofold: First, if you are going to text someone about criminal activity, but you do not know their number, then you probably should not start off by texting a random number about drugs!  Second, and more importantly, your statements sent via text message can be used against you in Court.  If the unidentified texter identified himself during the text message exchange (whether by sending a photo or describing himself) and made statements regarding selling and having marijuana to sell, then the prosecution’s case will be straightforward and difficult to defend against.

If you have been charged with a crime or if you believe you are under investigation, contact us before speaking to the police.  You have the right to remain silent, and you should exercise that right if you are being asked incriminating questions.  Even if you make statements, it may be possible to keep them out from your case.  Contact us at your earliest convenience to explore what legal and factual defenses you may have to your case.